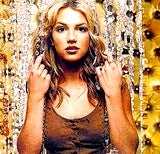 It seems that UK musicians are failing to comply with these golden rules to help them break into the lucrative US music market and as a result, the UK is losing its foothold in the nation that accounts for five per cent of the world’s population but about 50 per cent of world music sales.

George Michael helpfully pointed out at the end of last year that when Wham! were in their prime in 1986, UK music accounted for 32 per cent of record sales in the US. By 1999, the figure had fallen dramatically to 0.2 per cent and it continues to languish around this figure, with old favourites such as Eric Clapton and Sting accounting for much of what remains.

Last summer it was widely reported that Ronan Keating, lead singer with Irish boy band Boyzone, had refused his record company Polydor’s request to have his teeth fixed. While it seems reasonable to expect musicians to be judged on their talent and the likeability of their songs, this is not the only important factor for making it big in the American charts. “Polygram chiefs believe that the only way Keating will get a bite at the rich US market is with new teeth,” said Keating’s manager at the time.

Despite his initial refusal, in the months that have passed it seems that Ronan has realised he needs to use every weapon available to him in order to successfully tackle the US market and he relented. He now sports a perfect set of nashers and I assume hopes that they will help him succeed where so many UK artists have failed.

It is not just Ronan Keating who has had to do some image revamping in his attempt to conquer the States – the members of Westlife, the band Keating co-managed until recently, have been told to diet if they want to be in with a chance in America.

It is not only teeth that Americans prefer to be white. Oasis, one of the most spectacular music marketing successes of the Nineties in the UK, were unable to replicate their success in the US. A key reason for this could lie in Americans’ intolerance of popstars behaving badly, as demonstrated by Liam Gallagher on many occasions since his rise to stardom.

Many Americans have still not forgotten – or forgiven – Liam Gallagher for spitting on the crowd at the MTV awards in New York in 1996. Still, the Oasis brothers are nothing if not persistent and they recently announced their intention to have another bash at the US market, with the ironically named “Tour of Brotherly Love”, a joint effort with the Black Crowes starting in Las Vegas next month.

Marketing campaigns involving musicians have been popular for years. However, the marketers involved must always be prepared for the unpredictability of popstars’ behaviour.

Pepsi has certainly had its share of PR “issues”, involving sponsorship deals where singers have appeared much less whiter than white. Before Madonna had released her Like a Prayer album in 1989, Pepsi had signed a $5m (&£3.5m), one-year deal with the singer that included using the single in an ad. When the video for Like a Prayer was released, its aim seemed to be to feature as many taboos as possible, including interracial relations and the link between religion and sexuality. Religious groups immediately condemned Pepsi and threatened boycotts. Pepsi bowed to pressure, the ad was shown just once and Madonna kept the money.

Four years later in 1993, Pepsi, which had previously paid Michael Jackson a record $12m (&£8.3m) for four TV ads, had to combat the child abuse allegations of a 13-year-old boy against him. Despite the allegations never being proven, the damage was done and Pepsi felt compelled to cancel its sponsorship of his “Dangerous” tour amid a blaze of publicity.

Most recently Pepsi has signed a reported $65m (&£45.2m) deal with the current “Princess of Pop”, Britney Spears. “The brand Pepsi wants to connect with youth. The best way to do that is through music,” says Dave Burwick, Pepsi-Cola North America’s vice-president marketing for carbonated soft drinks. “She’s the one icon that really has broad appeal and, more importantly, is strong with teens.”

Unfortunately for Pepsi, Ms Spears was recently taped backstage at a concert swearing and cursing the incompetence of staff – not realising she was being broadcast. It has also been documented that her regular demands for dressing room provisions include a six-pack of rival brand Coca-Cola. Interestingly, despite a move away from celebrities in the recent past, Coca-Cola has signed up Britney’s “rival”, Christina Aguilera, to promote its brand in Latin America and will sponsor her summer tour, while Pepsi sponsors Britney’s World Tour at the same time.

S Club 7’s recent activities, involving the male members of the band being caught with a cannabis joint in the street, will probably have made them an unmarketable commodity in the US. Their main market is young children and it could be deemed irresponsible for any US advertiser to continue any commercial association with them. While in the UK they have lost their Sugar Puffs deal and the Labour Party will no longer be using their song “Reach for the stars” as their election anthem, S Club 7 have managed to keep their working relationships with BT and Cadbury – for the time being at least.

While the US has home-grown musical acts such as Eminem and Limp Bizkit that are hardly known for their demure offerings, even these artists would probably draw the line at spitting on the crowd. Americans expect musicians to appreciate the fans who put them where they are and they perhaps expect better behaviour from foreign musicians than they do from their own. When it comes to marketing music to an American audience, it seems that looks and actions speak far louder than any words.