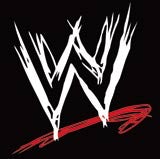 The campaign, created in-house, will promote the WrestleMania championship – the sport’s equivalent of the Super Bowl – which brings together wrestlers from WWE’s two main series, and is broadcast live from Chicago on April 2.

WWE senior director of international consumer products Alex Romer says: “This is the first major investment of its kind outside the US, in recognition of the importance of the UK market.”

WWE Entertainment is a media and entertainment company specialising in the production of TV content, pay-per-view programming, live events and branded merchandise.

It runs two wrestling series, Raw and Smackdown, both of which have their own live and studio-based shows that air on the Sky network in the UK. WWE is also planning a live UK show that will be broadcast from Wembley Stadium in April as part of a European tour.