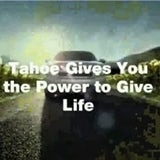 Ceding control of the creative concept to web users is a dangerous move, as one major US advertiser has found to its cost, writes Dominic Dudley

Getting something for nothing is usually a good thing, but not always – and Chevrolet must certainly be doubting it. In one of the least successful attempts to engage with consumers online, the US car company recently opened up its advertising to the public, giving them professional video clips of its new Tahoe SUV model and inviting them to develop their own ad spots through the Web.

Drawing on the creativity of countless thousands of potential customers to develop an almost-free advertising campaign seemed nearly too good to be true. And indeed it was. While some of the ads were suitably reverential, many chose to focus on the damage the Tahoe can do to other cars and how the gas-guzzler contributes to global warming.

It was a clear lesson in the dangers of taking your audience for granted, but also in the increasing control that consumers are able to exert on brands through the internet. 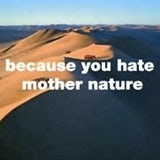 There have yet to be any mistakes quite so embarrassingly big in this country. But it can only be a matter of time, given the public’s appetite for developing its own content.

Legal, decent, honest…? The public has been creating its own content online for years – phenomena such as Wikipedia, blogging and podcasting, along with services such as YouTube and Flickr, are just the most recent examples. There hasn’t always been a clear commercial model for many of these sites, and advertisers have been cautious about getting involved.

“The consumer is 100% in control, not the brand, and that’s what we’d be nervous of,” says Ben Wood, joint managing director of Carat Digital, a media buying agency whose clients include EMI and Disney. “We’re advising our clients to proceed with caution.”

Some are going ahead with campaigns, with Burger King among the most recent to run advertising on MySpace, in a link-up with the TV series 24. But the braver companies are taking their support of consumer creativity even further, and the ones most open to it – and doing it best – are youth brands. 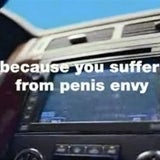 Fashion brand Diesel says it will devote more effort to user-generated content in the future, which marketing director Miguel Ares admits means living up to its advertising tag line “only the brave”.

“Diesel is a brand that can afford to do that, because we feel the internet is somewhere where that idea can really happen,” he says.

In the next few weeks its rival Levi’s is supporting the release of a single, based on a tune composed by a customer though its MAX (mobile audio mixer) initiative. It has also backed a series of online and print fanzines called Antidote.

MTV and rival broadcaster Trouble TV are both launching entire channels based on user-generated content. The latter says over 1,000 pieces of content were uploaded by consumers in less than a week to its Homegrown network.

All of these companies have to work out the pitfalls. Is it just a fad, and how do you ensure quality control?

“There’s a very good reason why TV producers have jobs,” jokes Angel Gambino, vice-president of commercial strategy and digital media at MTV Networks UK. “There’s lots of user-generated content available but only a small proportion of it is really good. However, quality is very subjective – there’s a difference between picture quality and entertainment value. We’ll end up with a lot of content that we wouldn’t put on TV or choose to showcase.” 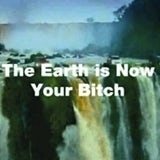 Ultimately she wants to give users the production tools and media assets to create more professional content.

But there are more dangers than simply ending up with videos of dubious value, and the biggest issue that brands have to face up to is loss of control.

“User-generated content is something a lot of brands don’t understand. Even as recently as two years ago people were using legal means to shut it down. They’re expecting to run it in the same way as traditional marketing campaigns, in terms of trying to control the message. They actually can’t control it. It can backfire spectacularly,” says Craig Hill, managing director of marketing agency Digital Outlook.

On the plus side, if it’s done well, a company can end up with strong, rich content and a motivated, engaged group of customers who can act as brand ambassadors. But given the difficulties and such uncertain rewards, many companies might feel its not worth the risk of getting involved in the first place. The problem is that they might not have a choice.

“It’s going to be created anyway. You just can’t stop it so it is better if you can be involved in the process,” says Megan Goodwin-Patel of consultancy Interactive Rights Management.

And once the two-way process has started, it is virtually impossible to stop. Interacting with customers on this level is something which needs sustained effort and has to be carefully managed.

“Once you’ve got this community you can’t just drop it or abandon it. A lot of brands don’t have a long-term strategy and it could go horribly wrong for them,” warns Simon Crab, creative director of Lateral – the agency which is developing Levi’s digital campaigns. “Once you’ve let the cat out of the bag you can’t put it back in. Customers will have some control over brands, and once they see they’re being used as a cynical marketing exercise they’ll get their revenge. In the past, marketers have got away with their unsubtlety.” 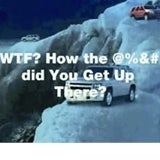 As Chevrolet found out to its cost, ceding control to consumers can have unintended consequences. The site on which it allowed the public to give it a bashing, chevyapprentice.com, has been closed, but the content is still widely available through other websites.

Other campaigns are almost certain to follow. US company Vitrue has attracted several million dollars in funding to develop what it calls a user-created advertising platform – letting the public develop ads and cherry-picking the best ones to use in official campaigns, at a fraction of the cost of traditional TV campaigns.

In the wake of the Chevrolet mess, it will be a brave brand manager who goes ahead with such a scheme, but may get the content created anyway.