The buzz around virtual reality (VR) is reaching fever pitch. HTC’s Vive head-mounted display will be in the shops later this year, while 2016 will see the consumer launch of Facebook’s Oculus Rift and Sony’s Project Morpheus headsets.

With research from market intelligence firm Tractica suggesting that combined revenue for VR headsets, accessories and content will reach $21.8bn worldwide by 2020, brands are understandably excited about the possibilities.

Here are eight brands already using VR to transform the user experience, in an effort to show that the technology can be more than a mere gimmick.

In May 2015, William Hill’s innovation hub WH Labs demonstrated its prototype VR product, enabling customers to experience a live horse race in a 3D virtual environment from the jockey’s point of view. Kempton Park was recreated in 3D, with the horse and jockey wearing GPS trackers to transmit live data. It works with both Oculus Rift and Google Cardboard, which transforms a smartphone into a virtual reality device using a simple folded cardboard headset equipped with lenses to make the flat screen appear 3D.

“We wanted something that genuinely made the customer experience more enjoyable rather than just a gimmick,” says Crispin Nieboer, director of corporate development and innovation at William Hill.

Consumers have a 360-degree view of the horses they are racing alongside.“If you look down at your saddle, you can see data such as your stride length, average speed and jockey’s heart rate,” says Nieboer. “We are creating an experiential level of horse racing so people can get a feel for what it is like to be in the race itself.”

The product is being built in stages and constantly improved, but if it can be made to work consistently with live data, Nieboer anticipates other major race tracks being recreated in 3D. He also says the Oculus Rift experience would be rolled out to William Hill’s retail outlets, with consumers using Google Cardboard to enhance the experience at home or at the track itself.

“If it works with live data, there’s a strong possibility it will become a very important part of our overall offering, and that may affect how we develop the brand.”

In June 2015, global photo agency Getty Images announced that it was embracing VR, introducing a collection of immersive 360-degree imagery that can be viewed using Oculus Rift.

Director of business development Bryan Van Dyk says that the objectives for developing the VR experience are rooted in a long-term plan, including “generating user engagement that
will one day lead to a working business model”.

He says that the possible applications for VR include social sharing, education, entertainment and commerce. “These applications are true of Getty Images’ current user base so, ultimately, the audience and users for VR from a Getty Images perspective will be one and the same – the way that audiences engage with our content will simply evolve.”

Getty Images, which partners with media agency MEC on the project, chose Oculus Rift partly because of its active community of users and developers, which Van Dyk says enables the agency to be informed of what types of content will be successful in the future. He hopes this insight will eventually inform programming and content decisions.

“This and future partnerships will serve to accelerate the development of content overall and it has become a component of our content strategy moving forward.”

In November 2014, months before Volvo’s new XC90 SUV was available in dealerships, prospective users in the US were able to take a virtual test drive using Google Cardboard. The VR experience combined computer-generated imagery with a 360-degree view to make users feel as if they were driving the car.

Volvo also deployed Oculus Rift for the experience at events. “We continue to try and evaluate different VR and [augmented reality] technologies since we believe this area is of importance for the future user experience,” says Timo Paulsson, director of marketing platforms at Volvo. He adds that he was pleased by the results, both in terms of customer reactions and marketing coverage.

Paulsson explains that VR will be part of Volvo’s core brand in the future. “Today, it is mainly being used at events; tomorrow it will be used at dealerships and at customers’ homes in order to enhance, explain and guide them when shopping for a new car.”

Virtual reality provides a possible means of countering the declining footfall to car showrooms. “We can explain and display new features in a pedagogic way and guide and support the customers in the configuration of their car,” says Paulsson. “It will also help the dealerships, which can use the technology to create a richer showroom experience and promote our brand.”

Yorkshire Tea has collaborated with the England and Wales Cricket Board (ECB) to create ‘A Proper Ball’. The VR experience enables visitors to the Ashes Series to face three virtual 80mph balls from England fast bowler James Anderson. The experience uses the Oculus Rift headset to play 120 seconds of HD footage to fans who want to know what it is like to be in an Australian batsman’s shoes.

Yorkshire Tea’s objectives are to encourage participation and enjoyment of cricket among visitors to the matches, ultimately strengthening its brand positioning. Tom Blair, brand manager at Yorkshire Tea, explains: “We will measure this through our quarterly brand tracking, with a focus on cricket fans and how and if this has changed brand perceptions.”

Blair hopes VR can continue to help Yorkshire Tea to support its ongoing sponsorship of the ECB. “As the technology is fairly new, we are constantly looking at how it evolves and how we can use it to bring our brand assets to life in an exciting and relevant way. We are going to review VR following the final test match and will make a decision on how this evolves before the cricket season starts again in 2016,” he says.

Thomas Cook introduced VR at its concept store at Bluewater shopping centre in Kent last November, and it uses Samsung Gear to deliver VR in a number of its stores in the UK, Germany and Belgium. Visitors can virtually fly over Manhattan or lounge by the pool in Spain, for example.

The company sees VR as a way of making its “intangible product more tangible” and it is far from being a publicity stunt.

Graham Cook, group head of digital operations at Thomas Cook, says: “Those who visited our retail stores still had to use their imagination to envision the surroundings and atmosphere of their desired holiday experience. Virtual reality allows customers to ‘try before they buy’, which is essentially a holiday test drive designed to ease and expedite the decision-making process.”

Cook adds that the key objectives of investing in VR were driven by improving the customer experience. “We want to inspire confidence in our brand, create greater customer satisfaction and, ultimately, drive sales and customer loyalty,” he says.

Feedback so far has been encouraging, with a reported one in 10 customers who try the headset at Bluewater booking holidays immediately. The results are tangible enough that Thomas Cook plans to expand its VR content.

Australian airline Qantas partnered with Hamilton Island – one of the Whitsunday Islands off the Queensland coast – to create a VR experience that gives users the opportunity to immerse themselves in a 360-degree experience of the island and the nearby Great Barrier Reef. The film was shown in Qantas’s Sydney and Melbourne International first-class and business lounges, as well as first-class cabins on some of its A380 services. The project uses Samsung Gear headsets.

The objectives behind using the technology were to showcase the destination to consumers, travel agents, travel operators and the media – particularly in the UK – in a different way, bringing it to life, raising awareness and encouraging more visitors.

Jo Boundy, head of digital and entertainment at Qantas, says VR has enabled its customers to “explore Hamilton Island and the Great Barrier Reef from the cockpit of a helicopter” and “swim in the reef with turtles”.

The company has received positive feedback from customers, and as a result Boundy says the trial has been extended.

This summer, Boursin, the French cheese brand owned by Bel Groupe, has been using VR as part of a nationwide roadshow, The Boursin Sensorium, in partnership with brand experience agency BEcause. The key aims were to give the brand a more contemporary feel and engage with a younger, tech-savvy audience.

Visitors to the Boursin Sensorium can taste the products while simultaneously using Oculus Rift to look into an imaginary fridge of ingredients. “By heightening people’s senses, we’re amplifying the impact of the experience,” says Steve Gregory, marketing director at Bel UK. “We saw virtual reality as an opportunity to add a powerful new sensory layer to the Boursin brand experience. We also saw it as a chance to modernise perceptions of our brand.”

He says the company has seen positive reactions from its core younger target audience, with whom it is most keen to engage, adding that the use of VR is not a short-term tactic. “Now that we have created this valuable virtual asset, it’s something we could easily extend to other areas of our marketing – either bringing it in store, or doing consumer giveaways using Google Cardboard, for example.” 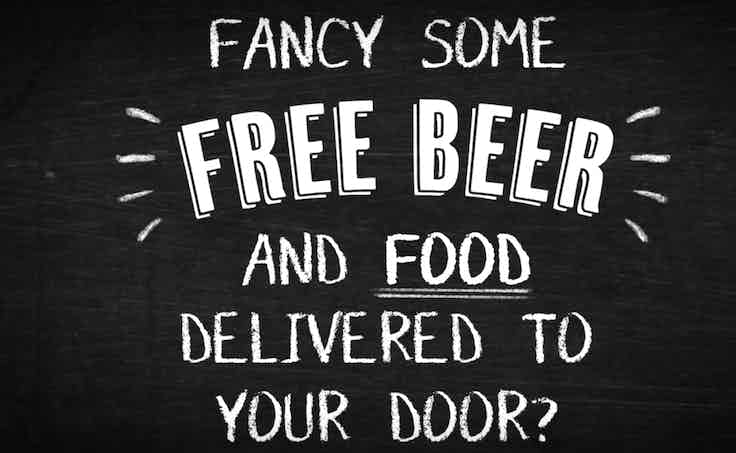 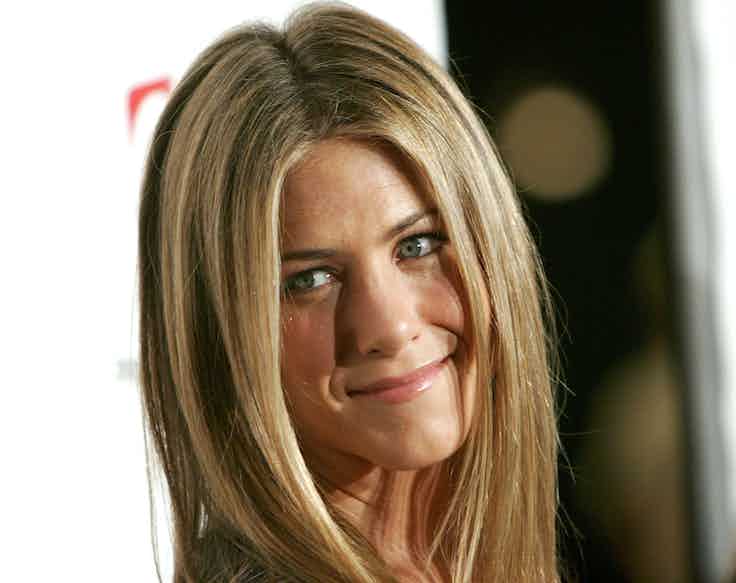 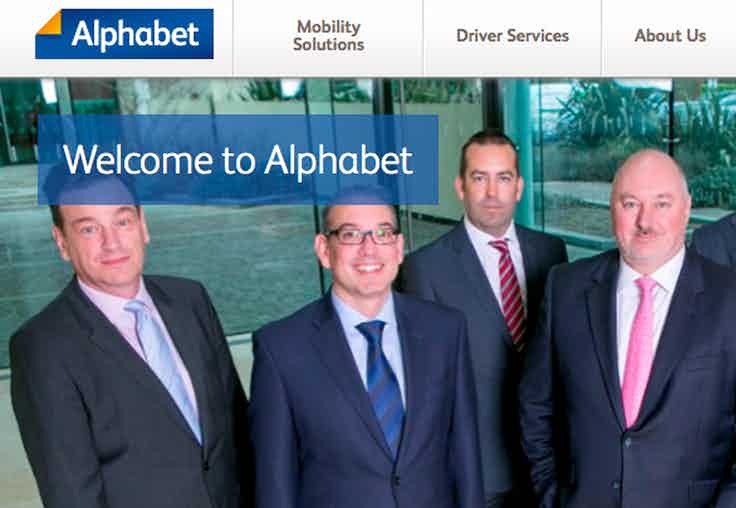 Google’s shock move yesterday (11 August) to separate its internet operations from its research divisions as part of an overhaul that will form new parent company Alphabet could “attract infringement action” from BMW.