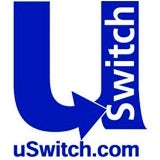 The ad, which appeared on screens from 26 November last year, focused on that day’s headlines about Ofgem energy price increases and the process from idea generation to the advert appearing on air took just nine hours.

USwitch says its one-day process has “broken the mould” of TV advertising and that its test advert in November evoked a better direct and measurable response from consumers in comparison to previous TV activity.

Advertising spend was 88% lower than standard multichannel TV activity, but resulted in 33% higher traffic volume to the energy section of the website and an 89% increase in transactions directly attributable to the TV advertising – part of an overall 118% uplift for all transactions.

The results were measured from the four days following – and including – the ad’s launch and were compared against four days’ normal TV activity from the previous month.

USwitch.com marketing manager Simon Hills says: “This new approach allows us to punch above our weight as consumers are being made aware of an issue through independent, mainstream media – such as the news – and are then exposed to our advert giving them the solution.”

“It means we can focus our spend on the latter, which is far more effective both in terms of consumer impact, getting the message across and cost.”

Since the November ad, uSwitch has produced four similar campaigns and the company is looking to continue its news-focused, fast-paced-production strategy in future.

Hills adds: “If we continue to make it work, we will continue to do it. We may even evolve the ads to include more media such as dynamic online display.”