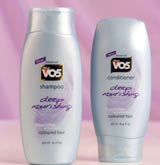 Alberto Culver is to extend its flagship VO5 hair styling range with a new brand that will target young men.

Called Extreme, the six-product range launches at the end of May and will feature two new products a styling hair ‘glue’ and a hair ‘freeze’ spray.

Four existing VO5 products, including a creme, a gel and a putty, will be repackaged.

Extreme’s packaging will resemble household goods rather than traditional haircare products. For example, the hair glue will be packed in a tube to look like superglue, and the spray packaged in a can similar to an industrial spray paint. The range will be priced in line with existing VO5 products.

The Extreme range marks a departure from VO5’s traditional look, which is colour-coded into seven categories, designating levels of strength.