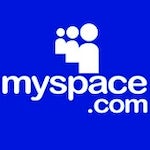 Former Facebook executive Van Natta was brought in last April to replace founders Chris DeWolfe and Tom Anderson as part of a shake up which saw the company shed over a third of its workforce (nma.co.uk, 27 April 2009).

However, just ten months later he is to leave the company, with MySpace saying the decision was mutual.

A MySpace statement read, “Owen took on an incredible challenge in working to refocus and revitalise MySpace, and the business has shown very positive signs recently as a result of his dedicated work. However, in talking to Owen about his priorities both personally and professionally going forward, we both agreed that it was best for him to step down at this time. I want to thank Owen for all of his efforts.”

Consumer goods giant Reckitt Benckiser (RB) has reported a 23% increase in profits for 2009, thanks to increased sales in its bigger brands such as Cillit Bang and Nurofen.

HMV is launching a Valentine’s themed marketing campaign that will highlight gift recommendations for music, film and games titles and will see a complimentary photo booth installed in its Oxford Street store. 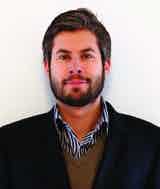