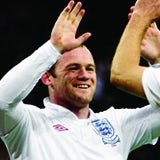 The three-and-a-half-year agreement will cover the 2012 European Championships and the 2014 World Cup in Brazil, should England qualify.

The car marque replaces Nationwide, which ended its 11-year backing in July in the wake of England’s exit from the World Cup in South Africa.

The agreement sees Vauxhall sponsor all 23 England sides, including the women’s teams, men’s youth teams and all the England disability sides. The company will also become official vehicle supplier to the FA, replacing Fiat.

It is thought that Vauxhall will also replace Nationwide as sponsor of the Scottish, Welsh and Northern Irish national sides with announcements expected later this week.

The value of the deal was not disclosed but it is thought it could be worth up to £6m a year. Nationwide’s previous deal was believed to be worth about £20m over four years.

FA general secretary Alex Horne: says: “Through a difficult economic climate we have concluded a deal of considerable value to the FA and we can now look forward with optimism.”

Horne and the FA have endured a tumultuous 12 months with England’s crushing defeat in the World Cup at the hands of Germany and failure to land the 2018 World Cup.

Horne adds: “Everyone is aware of the difficulties of last year, but we have an opportunity to move forward and there is much in 2011 to be excited about.”

The sponsorship is Vauxhall’s first major foray into football since backing Euro ’96 in England.

Vauxhall managing director Duncan Aldred says: “Football and cars are two of our nation’s biggest passions and this partnership is a clear and unequivocal sign that Vauxhall is firmly behind not only a successful England senior team but is also committed to supporting grass roots initiatives covering youth and junior football as well as women’s football and disability football.”