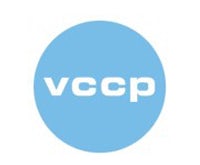 VCCP has opened offices in the Middle East and Germany as part of wider plans to turn the agency into a global network. It is also planning to set up an office in one of the former Soviet states next year.

The agency has is currently bedding down staff and has been seeking launch clients in Berlin, Qatar and Abu Dhabi. It is also looking at opportunities in India.

The agency, which is part of Chime Communications, has now extended its relationship with O2 and has added the German ad business, previously handled by Grey. The Berlin office has also won the account for Anschutz Entertainment Group, which works with The O2. Both accounts were awarded without a pitch.

In Qatar, its local office will handle the £10m Qatar Financial Centre account, which it recently retained following a statutory review of the business. VCCP founder and partner, Adrian Coleman, says it has also secured a number of other “local, high-profile” clients, such as real estate conglomerate Barwa, which is looking to expand its international presence.

Its Abu Dhabi office is yet to announce a foundation client, but Coleman says it is currently in serious discussions with a number of prospects.

The opening of the new offices has come in a year of mixed fortunes for the agency. It has lost the Diet Coke and Hyundai accounts but in the past month it has won the £10m Hiscox business, along with Standard Life worth around £7m and has been added to the roster for The Number 118 118.