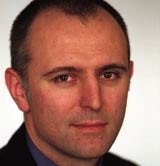 Vallance Carruthers Coleman Priest has been appointed to handle the &£2m launch of The Sportsman, the national daily newspaper that will focus on betting news.

The Sportsman launches in March and “will cover every aspect of the gaming industry, whether you wish to bet on sport or Big Brother,” according to marketing director Mark Dixon.

The campaign will incorporate press, television, radio and outdoor elements, and will be themed around a variety of straplines that are in the process of being approved by Ofcom.

The Sportsman, the first national daily newspaper to launch in the UK for 20 years, hopes to take on the other nationals but also the Racing Post, which has long enjoyed the status of horse-racing bible.

Press buyers and industry experts are sceptical about whether The Sportsman can offer enough to persuade the four per cent of the UK who claim to bet regularly to buy another paper in addition to their daily newspaper.

But the title has a heavyweight management and commercial team, with former Telegraph Group chief executive Jeremy Deedes as its chairman, former Telegraph and Evening Standard journalist Charlie Methven as editor and former Telegraph marketing director Dixon reprising his role.

The cover price has yet to be decided. However, it is&nbsp;understood&nbsp;that&nbsp;The Sportsman needs a circulation of 40,000 to break even. Media planning is being handled by Mediavest in Manchester.