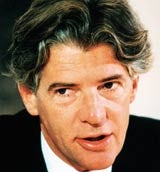 Venture capitalists are expected to begin courting senior executives at ITV sales houses following the Competition Commission’s indication last week that it may force Carlton Communications and Granada to spin off their sales operations if a unified ITV is to be given the all-clear.

Executives at Carlton and Granada had been hoping that the two companies would be allowed to merge without hiving off either of their sales houses, and at the worst having to lose just one.

But in a letter to the two companies last week, the Competition Commission indicated that, for a merger to be given the go-ahead, airtime sales would have to be contracted out to two independent sales houses. It is expected that the letter will have triggered interest in the banking community and that approaches may have been made to executives at both Carlton Sales and Granada Enterprises with a view to backing management buyout teams.

However, on Sunday, Carlton chairman Michael Green reportedly threatened to call off the merger if the two are forced to hive off their sales operations, on the basis that the deal would no longer make commercial sense. Analysts also claim that if Granada and Carlton were forced to sell off the sales houses, few cost savings could be made – removing one of the main reasons for the merger.