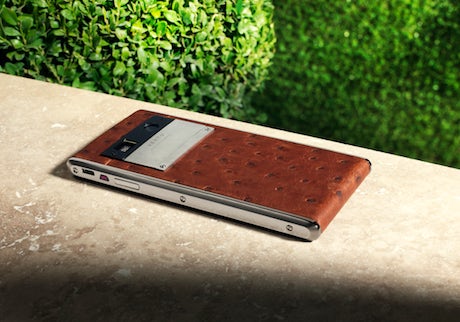 The Vertu Aster, an Android smartphone that retails from £4,200, is the company’s second phone this year after it launched the Signature Touch in June. Features of the new phone include a solid sapphire crystal screen, titanium casing and Dolby Digital Plus surround sound.

Vertu, which is owned by private equity firm EQT, is seeking to move beyond its traditional market of high net worth male businessmen by pushing its credentials as a fashion accessory and lifestyle brand.

The Aster is therefore intended to draw more women to the brand with a softer and more accessible design to previous Vertu models. Although it retains the high specs and luxury materials of other models, the Aster is also a cheaper alternative to the £6,750 Signature Touch.

The Hampshire-based company is running a press and outdoor campaign to support the launch that will focus on the lifestyle aspects of the brand. This includes access to an exclusive 24/7 concierge service and to offers from brand partners like Bentley, Bang & Olufsen and the London Symphony Orchestra.

Vertu is also launching an ecommerce site this month. The upgrade will include an option for people to customise the materials in their handsets before they buy.

Vertu unveiled the Aster at its Old Bond Street boutique in London today (2 October) and is embarking on a global publicity tour that will take in Milan, Dubai, New York and Shanghai. The brand is most popular in Russia, the Middle East and Asia but plans to increase its popularity in Europe and the USA through its new products and marketing drive.

Speaking to Marketing Week, Vertu chief executive Max Pogliani said: “With the new positioning of the company and new product line-up we are growing our customer base in a broader way geographically.

“Brand awareness, purchase intent and sales are growing in Europe and other developed markets. That’s important for ensuring the long-term sustainability of the company.”