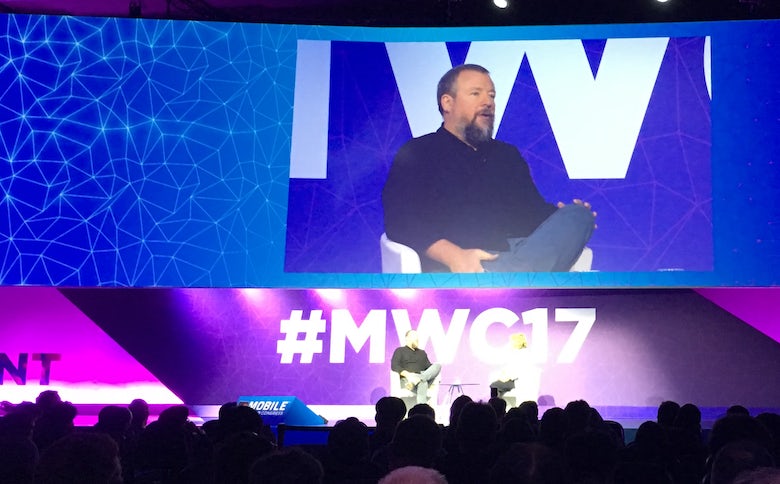 This year’s Mobile World Congress agenda has seen a rise in talks about content but it comes at a time where advertisers have numerous platforms to choose from and Vice’s chief executive, Shane Smith, believes that there’s too much investment in the latter.

That content also needs to be exclusive, according to Smith. He gave the example of companies partnering with content providers, and said if AT&T is the only place you can watch Game of Thrones that’s “going to be very good for AT&T” but if you can watch the show everywhere people will not be interested in AT&T having that content.

Smith applied this to brands partnering with Netflix. He said: “Everyone saying my mobile content strategy is to resell Netflix is lazy and it’s probably stupid and it’s not going to get you to where you need to go. So instead of innovating and creating new studios, they do a deal with this company because, ‘I don’t want to lose my job’, but it’s the wrong company, wrong video and wrong demographic.”

At the show, Vice unveiled a major expansion of its mobile offerings to reach new mobile subscribers worldwide, including a vast rollout in the Asia Pacific region.

The partnerships focus on original production, licensing, direct-to-consumer (DTC) offerings, and programming for its TV channel Viceland, which will mean Vice content will be delivered to more than 80 territories by the end of 2017.

Smith said: “About a year ago we started moving into television and everyone said, ‘Shane has lost his mind, why would he go backwards into TV, it’s a dead medium’.

With the launch of Vice’s subscription video on demand service, Vice+, it has struck a deal with DOCOMO Digital that provides original VICE content and curated content in Japan, which gives the brand potential for further expansion into Asia Pacific.

To create original mobile programming the other deals have been made in Indonesia with XL Axiata and iflix and with Vodafone in Australia that will see Vice create original, local content specifically for young people across the Asia Pacific region. AbemaTV and Verizon are also on the list of partnerships that will result in Vice content being licensed across Japan and the US.

And to expand Viceland content to mobile platforms it has extended its partnership with FIDO in Canada and reached a new agreement with Partner Communications in Israel that will allow each provider’s subscribers to access it programming through the VICE app, and on Partner’s over-the-top (OTT) platform – online content that’s delivered without requiring viewers to subscribe to a traditional cable or satellite pay-TV service.

Further deals and partnerships are expected to be announced in the coming months but Smith told the audience that its an “exciting” time to be in content.