The campaign group comprised representatives from health service professionals group Medact and activists from the charity War on Want, who donned medical gowns to draw attention to allegations claiming Boots has avoided paying “£1.21bn” in tax over the past seven years.

The protestors say this sum could have paid the annual starting salary for 85,000 new NHS nurses or more than two years’ prescription charges in England. They are hoping their actions will have an immediate negative effect on consumers’ perception of the brand and that the attention raised by today’s event will make Boots reconsider the amount of corporation tax it pays in the UK.

The demonstration took place on the eve of chancellor George Osborne’s annual Mansion House speech and just days before campaign group UK Uncut is organising its own protest against Vodafone’s alleged tax avoidance.

Since 2011 UK Uncut in particular has targeted a number of brands – including previous skirmishes with Vodafone and Boots, as well as Tesco and Topshop, among other retailers – with on-site protests over their corporation tax payments (and apparent non-payments).

In response to today’s demonstration, Boots provided Marketing Week with this statement:

We just wanted to share a quick update on today’s demonstration at the Boots store in Oxford Street organised by Change to Win (CtW) and War on Want. The ‘event’ started at ten o’clock on the dot and was attended by less than 20 participants. Our priority was of course ensuring the safety of our customers. The protesters did not cause any disruption and therefore did not have any impact on trading.

The on-going campaign of Change to Win (CtW) against Walgreens and Alliance Boots is mainly driven by its US agenda and the so-called claims about our tax position in the UK are inaccurate. At this stage, we would like to take this opportunity to reiterate that our Group is a good corporate citizen and that we fully comply with legislation in the UK and in the over 25 countries where we operate. More precisely, we pay much more tax than we paid when we were listed back in 2007 and, last year, our UK corporation tax increased by over 40% compared to the previous year.

It should also be noted that a recent PwC tax survey demonstrates the significant tax contribution paid by large companies, including Alliance Boots. Taxes borne by Alliance Boots in the UK last year totalled £312 million – the 21st largest figure among the 101 companies surveyed. In 2013/14, UK corporation tax totalled £90 million, up from £64 million in 2012/13. The total amount of tax paid in the UK, including business rates, national insurance and corporation tax, was around £550 million in 2013/14. 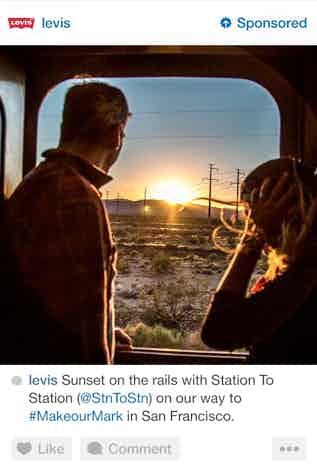 Instagram, the Facebook owned photo sharing app, has announced it is to expand its advertising offer on the service from the US to other countries, including the UK.

Adobe’s vice president of marketing EMEA Mark Phibbs gives his view on the talents and characteristics of a visionary marketer. 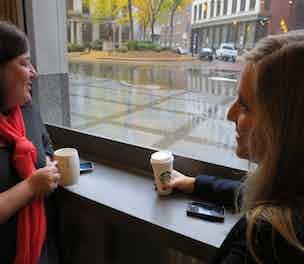 Starbucks is to introduce wireless charging stations across Europe to try and increase the length of time people spend in its outlets.