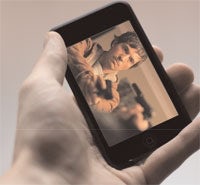 Brands such as HSBC, British Gas and BrandAlley had good news for marketers at this year’s Marketing Week 1-2-1 Digital Strategy Summit – evidence that video can help them glean real value from social media.

I’m surprised and disappointed that nobody has yet cracked exactly how you demonstrate return from social media,” confessed Kraft head of digital marketing Sonia Carter at Marketing Week’s 1-2-1 Digital Strategy Summit last month.

She is not alone in her concern. Marketing Week columnist Mark Ritson claims that: “For every amazing social media campaign, nine or ten fail to justify their existence.” He goes further to say: “The biased and over-positive view of social media expounded across our profession embarrasses me.”

But video could help change that, bringing brands closer to that elusive return on investment. Brands including HSBC, British Gas and BrandAlley told the 1-2-1 Digital Strategy Summit that they are using video within their social media campaigns to help them connect better with customers and gain value from platforms such as Facebook and Twitter.

HSBC used Facebook to promote its student bank accounts using a competition for a £15,000 bursary last year. The bank’s head of digital marketing communications, Lisa Walker, says that to convince the institution that social media could be valuable, she needed to prove its worth on a small scale first.

In 2007, HSBC was forced to back down on introducing charges for its student overdrafts after a campaign on Facebook. So it had already witnessed the power of the social network, but had not yet used it widely for its own messages. 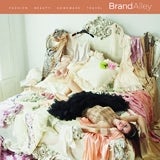 “We take a cautious approach,” Walker explains. “We don’t ’do’ social media; we use it for marketing where necessary to meet our business objectives.”

The student bursary competition was chosen to test social media success for several reasons: young people are a natural fit with Facebook; by nature, a competition is relatively interactive; and the same campaign had run the year before with no social media element, so this would give HSBC a chance to measure its success against the previous execution.

To keep the campaign interactive, the bank decided to use video rather than the email entries used the previous year. Students wishing to take part had to upload a 90-second video to the Facebook page explaining how the money would help them make a mark on the world. Facebook users would choose the top 20 videos and a winner would then be chosen by a panel of judges.

The campaign yielded 149 entries, with 8,940 votes cast. The Facebook page saw 50,000 interactions with people in one month, with more than 2 million impressions. The cost to acquire each student bank account afterwards was six times lower than the previous year. Based on these figures, says Walker, “our use of social media will change and grow over time.”

But perhaps the most impressive statistic of all in demonstrating the worth of social media, she reveals, is that when polling its new student customers, the bank discovered that 98% of them had already come across the bank on Facebook. For younger customers, social media is seen as an entirely mainstream way to interact with a brand and obtain more information on it.

Walker is now working on “more projects” in this area for HSBC, but she is not the only marketer seeing results from using video in social environments. Membership-based fashion retailer BrandAlley is also using the tactic. 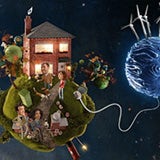 Its new video venture, BrandAlley.tv hosts multiple videos showing everything from the company’s products to more general seasonal fashion tips. Melissa Littler, marketing and PR director at BrandAlley, explains: “We already had experience putting videos on YouTube, but what works for us in terms of search engine optimisation on there doesn’t work for BrandAlley.tv. So we’ve had to undergo a huge change in how we work to get people to find, watch and link to these videos.”

While Littler does not claim that video views and links can yet be tied conclusively to sales, she says that through the activity linking these videos to blogs, Twitter, Facebook and other websites, the brand’s Google rankings are improved. As this is currently the main driver to get people to discover the site and then register, this is the most positive influence that social media can have on its business.

Littler says she believes it is the next stage of the process that will really deliver. “Because we have return on investment to consider, we will move towards click-to-buy TV. That’s the next big step for us, when people can click to buy what they see in the video.”

British Gas uses video in social media to help manage unhappy customer relationships. Video responses from its chief executive are put online to respond to negative comments about its brand, product or services in an attempt to give it a more approachable image. 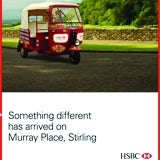 Typically, explains Turnbull, when a piece of news goes out about British Gas, such as a price rise, the brand sees a good deal of negative responses through social media. For example, it might see 19% positive comments; 23% overtly negative; and 58% neutral, which as Turnbull admits: “are often re-tweets of other comments, which tend to have a negative slant”.

Rather than simply send everybody a standard statement or try to engage in a complex argument about gas prices, the British Gas team typically sends links to a video featuring managing director Ian Peters explaining why the price rise has occurred, in his own words.

Turnbull explains: “Sometimes when you send something in writing, it can sound like a press release. People don’t want that.” So the brand chooses to send videos, filmed in the company’s offices, to explain person-to-person why the rises have occurred.

This method has garnered results, claims Turnbull. A typical percentage breakdown following the brand reaching out to customers might see 42% positive comments, with 12% overtly negative and 46% neutral, an improvement in sentiment compared with the usual response after a piece of price rise news goes out. Third-parties such as consumer action group Which also link to the videos offering them more credibility with customers.

With HSBC, BrandAlley and British Gas all using video to try to establish ROI from their social media strategies, it may not be long before the medium can be given more credence.

Kraft’s Carter reports: “I still wouldn’t talk about successful case studies until we can prove something in a robust way. But I think we’ve been incredibly successful in seeing love for our brands. And even though we have a lot of activity, [social media] is quite low in budget terms compared to some other marketing channels – but the social media budget is likely to increase.”

HSBC’s Walker says more success will mean the hype around the area – so derided by Mark Ritson – will soon be replaced by a more balanced view as it is incorporated into marketing plans.

She explains: “I think social media has been seen as something different – set apart from other marketing – but it will become a normal part of every campaign, and all organisations will have to have it as a string to their bow.”

DO remember to stimulate conversation in social media communities

. Sonia Carter at Kraft says: “I think brands often start off talking a certain way using social media and it changes as the community responds. I think one area where our investment will increase is having more content on our [Facebook] walls. We must have the right conversations but they can’t always be about chocolate. We need to talk about more than that.”

DO remember that your brand needs a distinctive tone of voice in social media. HSBC’s Lisa Walker says: “HSBC can be a grown up, sensible brand, whereas Facebook can be a very conversational medium. So we probably play up our personality more than we would in other communications.”

DO consider social media as part of your search marketing strategy. Melissa Littler at BrandAlley explains: “It’s all about engaging creative content and getting people on social networks to watch, then forward our video, put it on their blogs and link back to our sites.”

DON’T leave social media sites alone. HSBC’s Walker says: “The worst thing you can do is set up a branded Facebook page and just leave it. You have to steer the conversations in the right direction by throwing in starter topics. We’ve learnt this by watching others – Santander, for example, had a Facebook page that didn’t seem to be monitored very tightly at times.”

DON’T be afraid to reach out to third parties to help you get difficult messages across through social media, says James Turnbull at British Gas. Just make sure you are transparent and honest at all times and you’ll reap the rewards.

DON’T get carried away with ’likes’ and forget more robust ROI. Kraft’s Walker says that her management mission is to make social media accountable. “I’ve spoken to a lot of media companies and measurement businesses,” she says. “We need to be able to say how this type of activity will increase frequency of purchase.”

New research suggests that ’likes’ and clicking links online are not enough to ensure long-term sales. Brands need to get people typing comments and more involved with content if they are to turn them into customers. The consumers who most actively use branded social media content are the ones most likely to maintain a relationship […] 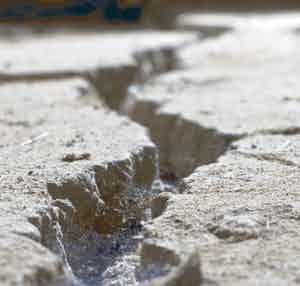