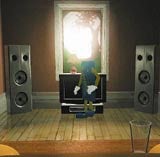 Baxter joins from Safeway, where she was head of brand development and previously marketing controller. She has held marketing positions at Unilever Bestfoods and United Biscuits.

Baxter reports to Steve Foulser, vice-president commercial, who was promoted from marketing director in February. She will oversee a team of 16 at Blockbuster covering advertising, media buying, in-store marketing, PR and CRM.

Blockbuster is trying to position itself as a retailer of videos, DVDs, games and music and not just a renter of film product. It recently rolled out wine and beer to 80 stores after a three-month trial (MW October 10, 2002) and introduced two-night rental for customers.

The chain also introduced video rental vending machines to 15 Sainsbury’s stores last year in a bid to expand its market. It has more than 80 machines in the UK and 720 stores.