Over the next three years, video is set to dominate what people view online. Cisco predicts that by 2017, all forms of video, including internet TV, will contribute between 80 per cent and 90 per cent of global consumer traffic, while video-on-demand traffic will nearly triple from 2013 figures – equivalent to 6 billion DVDs being watched per month.

These staggering statistics provide a huge opportunity for advertisers, which are set to spend $8.1bn (£4.9bn) globally on the medium this year, up 29 per cent from 2013.

Yet while opportunities to reach people via video advertising will increase along with consumption, marketers must ensure their content is easily viewable and not, for example, ‘below the fold’, the part of the webpage that cannot be seen without scrolling down.

However, the medium is still in its infancy, according to experts. “We have seen this explosion of video appearing on every device and platform. Viewability is about the ’real estate’ of the screen and how you get content placed,” says Adobe video specialist Steve Allison.

“Even if it’s in front of the audience, the industry is so young that we don’t really know yet how to make it effective so that the user will actually watch it. That’s a challenge.”

Last year, Facebook confirmed that it would test premium video ads that play automatically as users scroll through their news feeds – a format designed to enable brands to target awareness campaigns at a large volume of people – suggesting that it wants to capitalise on this trend by making it easier for consumers to view video ads.

Meanwhile, Amazon announced it is laying the ground for video advertising whereby ads for movies, games and other products could be played to customers as part of their search results. By adding a ‘shop now’ button to video game or movie trailers – which, if clicked, would take the viewer directly to the item on Amazon’s site – the retailer would be able to track the ads’ effectiveness.

Yet statistics show that consumers are finding ways to avoid watching video advertising. According to TubeMogul, 87 per cent of ads that go unviewed are avoided by the user transferring to another tab in their browser, with 48 per cent dodged by moving the content out of the device’s [the program/window’s ?] frame.

Viewing figures are also influenced by the quality of video players. The average viewability rate via a player with more than 1,000 pixels is just over 50 per cent, but this drops to 36 per cent for a player with 500 to 1,000 pixels.

Video–sharing site Daily Motion has found that by getting its video advertising right, it gains more click–throughs than via online display. The site achieves a click–through rate of 2 per cent to 3 per cent on pre-roll adverts – those that are shown before a viewer is given access to content – compared with 0.1 per cent to 0.2 per cent for banner ads. However, even pre-roll advertising does not guarantee the user’s full attention because they can mute the ad or open a new tab while waiting for the desired content.

New formats are emerging that encourage people to spend longer watching advertising. Dry shampoo brand Batiste ran content that started playing only when a user scrolled over the ad for at least three seconds, and which expanded the longer they watched the ad – a format also used by Sky and O2 that is provided by Exponential’s Firefly platform. Batiste says the average time spent viewing its content was 30 seconds, demonstrating an interaction rate of 10.44 per cent.

However, while brands are keen to make online video advertising as viewable as possible, there is as yet no definitive way of measuring it and each platform has its own method of doing so.

Stephen Chester, director of data and industry programmes at the Internet Advertising Bureau (IAB) UK, says: “People are looking for a definitive measure, a benchmark that they can work from.

“From the outside, the basic principle of asking ’Has an ad been seen or not?’ seems very straightforward, but if you look at the arguments and some of the challenges, it becomes more difficult.”

Chester adds: “The way that providers measure viewability differs by vendor. There needs to be clarity so that marketers are not faced with a choice whereby, depending on what viewability provider they use, they will come out with a different number.”

Viewability in display advertising is only now becoming standardised, with industry auditor ABC working with the Joint Industry Committee for Web Standards in the UK and Ireland to agree a set of principles.

Trade bodies including ISBA, the IPA and the IAB will ensure these are communicated to their members, and companies can check their tools against the principles to ensure operational transparency.

Richard Foan, executive director of communication and innovation at ABC, says: “Quite a bit of time has been spent on this and it will evolve. There is not one simple right or wrong answer. The most important thing is that the industry works together to deliver transparency and trust.”

Even if a video is out there, the industry is so young we don’t yet know how to make it effective so that the user will actually watch it

Regardless of how they measure online ad viewability, brands have to focus on developing creative content that consumers want to see and ensuring it is suitable for various types of device.

Allison at Adobe says: “The solution is around the creativity. The experience that people associate with a type of device or screen and the kind of ads that get shown on it differs. People at the moment don’t have different types of ads for different types of devices.

“On a bigger TV or laptop, I am quite happy to watch a video, but if it’s my phone or tablet, I want to play around with it. We have not started to explore the creative potential of that kind of interactive advertising; you are not going to just watch something on a device where you normally interact with it. That’s a real challenge for the industry.”

The use of music is an acknowledged strategy for capturing an audience’s attention. For the global launch of Nokia’s music streaming service, MixRadio, the brand worked with producer and musician Nile Rodgers to create a short video. He was asked to create his own mixes and then record a piece explaining how music fits in with his life. The video went out first through a global live stream and was followed by seeding on YouTube.

Andy Gaitskell-Kendrick at Nokia MixRadio claims that viewability is not an issue for the brand because music is an engaging form of content. “There’s so much data now for any artist or other brands we are thinking of working with,” he says.

“You can see the buzz around them on social media; you can see the platforms that have the most highly engaged audiences. There is so much science behind where you choose to do things that it becomes a relatively simple operation.”

He adds: “Increasingly, there is so much content out there that it’s about making sure you have something unique or the production values are so high that it becomes worthwhile [for people] to watch your video.”

Have you created a brillian digital campaign? Enter the Engage Awards at www.marketingweekawards.co.uk by 21 February. 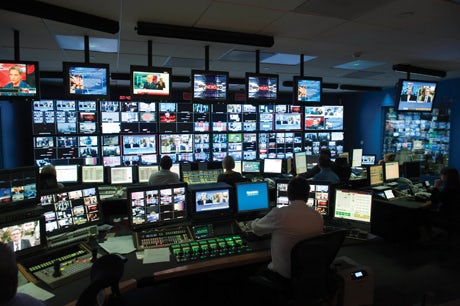 With online video becoming a daily encounter for many consumers, demand for video advertising is growing and outstripping supply. Yahoo believes that ad exchanges are struggling to source supply because video cannot be generated by everyone. The IAB is working with its members to drive premium inventory and supply.

There is no tried-and-trusted way to measure the viewing of video advertising and platforms have varying ways of doing so. Common standards are being worked on and industry bodies will communicate these to their marketer members.

With ever-increasing methods of accessing the internet, it is critical to tailor advertising content to the appropriate device.

Three in four consumers watch online video content and it is no longer about the ‘appointment to view’ or ’lean–back experience’. The proliferation of mobile devices is driving increased consumption at all hours of the day, meaning that viewing online video is becoming a daily habit for most consumers. In turn, the demand for online video advertising is growing.

The UK and US are both predicted to record 100 per cent growth in video revenue between 2012 and 2013, according to the IAB. Arguably, the UK figure could be even higher – because video is responsible for just a fifth of the overall online display market – but inventory supply is proving to be a challenge.

While the UK’s online video market currently represents less than 10 per cent of TV revenues, the figure six years ago was less than 0.5 per cent so the pace of growth is strong.

The programmatic [advertising] world on display was born from a world of fragmentation and oversupply. Video, by its very nature, is not something everyone can generate so the tail is less long, and with guaranteed demand from premium advertisers, ad exchanges are struggling to source supply.

That will change and it will be interesting to see whether the evolution in online video trading over the next few years will have an impact on the traditional TV market.

52.8m
The number of people watching a video via their smartphone per year across the EU 5 – Germany, Spain, Italy, France and the UK

Sources: ComScore, MobiLens. Figures are year on year increases between June 2012 and June 2013 and count the number of people watching a video on their smartphone at least once a month 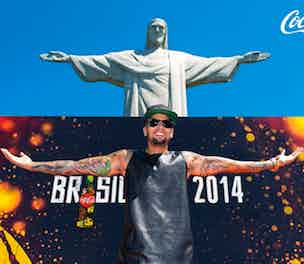