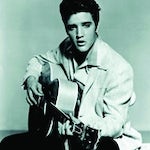 The channel, which is planned to launch on 1 September, plans to use the Getty archive to create 8,000 hours of music video content for songs that were recorded before music videos existed.

Vintage TV, which will broadcast on Sky and Freesat’s digital TV services, will focus on playing songs and artists from the 1940s to the 1980s such as Elvis and The Rolling Stones.

Presenters on the music station include Tony Blackburn and Kim Wilde.

Vintage TV is also launching a competition for audiences to select the first song played when the station goes on air. Entrants can select form 50 tracks which include Jerry Lee Lewis “Great Balls Of Fire”, Abba “Dancing Queen” and Marvin Gaye’s “I Heard It Through The Grapevine”.

The Channel has also partnered with the BBC, ITN, Eagle Rock Entertainment and DCD Rights to develop specially created music footage to broadcast on the channel.