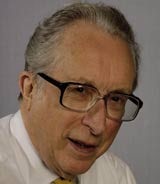 The online viral marketing industry is up in arms about the latest attempt by the Committee of Advertising Practice (CAP) to extend its code to cover viral advertising.

But CAP and the Advertising Standards Authority have effectively warned viral marketers that if they do not co-operate with the ASA and CAP on self-regulation, they run the risk of having laws imposed upon them by government, whether from Whitehall or Brussels.

While CAP’s code has not changed, it is now being reinterpreted, so more viral ads could theoretically be investigated by the ASA, which administers the ad industry’s self-regulatory system. Richard Spalding, managing director and founding partner of viral site Kontraband, says: “It’s bullshit. How are you going to police the internet?”

Will Jeffery of viral production house Maverick says: “We expected a more sophisticated understanding of the Web and how it works from CAP and the ASA.”

ASA chairman Lord Borrie told last week’s annual conference of the Incorporated Society of British Advertisers that “the new media players are not all represented at the CAP table. If they are to take their place there, it should be before the revision of the codes next year.”

The code – properly known as The British Code of Advertising, Sales Promotion and Direct Marketing – came into force in March 2003. CAP and the ASA are drafting the next version of the code, which will be published next year.

So far, the ASA has received complaints about 12 virals, and has upheld complaints against three of them. Most recently, it slammed Midway Games for paying to have a violent video, promoting Mortal Kombat: Shaolin Monks, hosted on a viral site (MW January 5).