The campaign centres around a 40-second ad featuring a bare chested man riding a motorbike through the desert, juxtaposed with shots of exercise-related activity such as a starting gun being fired and a man skipping.

The ad, created by Karmarama, carries the strapline “Don’t just live, live happily ever active” and has been designed to encourage viewers to say yes to more things and be more active.

Brian Waring, Virgin Active UK chief marketing officer, says: “Virgin Active operates in a sector that traditionally has communicated very rationally to its potential customers with a focus on price or promotion. We want to shake the market up, appealing to people’s hearts, not just their minds.

“As the UK’s largest health club group, we are well placed to inspire and motivate people to enrich their lives through activeness – whether that’s having a swim, playing tennis or joining a class in one of our clubs or simply being more active everyday through taking the stairs rather than the lift.” 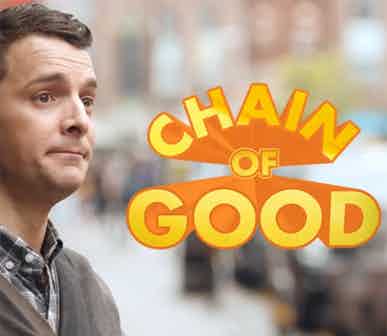 Innocent, the Coca-Cola-owned smoothie maker, has launched a £3.5m multichannel campaign, switching from its usual January product-based messaging to a push highlighting its brand purpose.