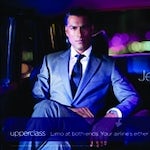 The carrier has introduced a new global strapline “Your airline’s either got it or it hasn’t” to raise its brand presence and steal share from rivals including British Airways and Continental. It will be introduced in a £10m campaign created by RKCR/Y&R to promote its “Upper Class” product.

Virgin and rivals such as British Airways have suffered a tumultuous two years with the global recession and rising fuel prices leading to losses.

However, there have been more encouraging signs recently with business travel in particular picking up.

Virgin recently reported revenue in the March to May quarter increased 10% to £513m with steady growth in business and leisure travellers. The firm says it increased its business-class market share by 5% in 2009/10.

Paul Dickinson, director of sales and marketing for Virgin Atlantic, says the airline wants to boost that share further by tapping into a “more buoyant” atmosphere among British business as the slow recovery from recession continues and reverse the “terrible year” it and the airline industry suffered in 2009.

BA recently boosted its offering with a £100m investment in its first class cabins.

The campaign comes as the airline rolls out new livery for its fleet designed to make its aircraft “stand out from the crowd”.

Paul Dickinson will be speaking about personalised communication campaigns at Marketing Week’s The Annual conference on 29 September. The Annual lays out smart thinking, small working and smart engagement strategies for businesses.