The TV and broadband giant appointed the agency to the £75m account following a pitch against the incumbent Rainey Kelly Campbell Roalfe/Y&R. Rapier and Spike were also involved, as well as some undisclosed agencies.

Virgin Media called a review of its business in February.

It said it was evaluating “the benefits of integrating its approach across advertising, direct and digital campaigns.”

The pitch saw the agencies discuss strategy and creative routes and evaluated the benefits of a single integrated approach whilst maintaining best in class creative work.

The review did not include media planning and buying, PR, website design and management, brand design or retail and point of sale. The process was handled by ISBA.

Ashley Stockwell, executive director of brand and marketing at Virgin Media, says: “Our current ‘Amazing HD’ campaign is just one example of the fantastic work our agencies have done and I’d like to thank everyone involved for their continuing hard work and support. As the digital world rapidly evolves, we will deliver a brilliantly simple consumer experience and working with DDB UK, one of the UK’s leading integrated agencies, we’ll make a real impact with a compelling, integrated message across all of our channels.”

Nick Fox, chief operating officer at DDB UK, adds: “Virgin Media has led the market for ultrafast broadband, TV and mobile and, as they continue to innovate and bring new products and services to consumers, we’re excited to be working with the team and bringing the new digital world to life.”

The company recently announced it added a net total of 38,300 new households to its cable subscription base in the first quarter of the year, boosted by its £41m marketing spend.

It has since pledged to boost its 2010 marketing budget by up to 30% as part of efforts to promote its high definition and broadband services. 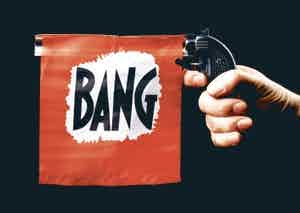 The spoof ad is not a new concept but its use by the three main political parties has given it a high currency and pushed it up brands’ campaign agendas. Here, those that have mastered the technique advise on the process – and the pitfalls.

Only 30 per cent of emails sent by travel and hospitality companies use customer data to target pre- and post-stay messages.