Virgin Media O2 is hoping to “strike a balance” between promoting its two distinct brands and encouraging an association as it launches campaigns for both businesses today (1 July).

“What we’re trying to do is strike a balance between maintaining these two absolutely fantastic brands with great heritage and wanting people to associate them,” explains Virgin Media O2 director of brand and marketing, Simon Groves.

It is now a year since Virgin Media and O2 came together as one brand after a £31bn merger, a move intended to take on telecom rivals such as Sky and EE.

The two separate campaigns will both premiere during Celebrity Googlebox on Channel 4 this evening, with the Virgin Media ad also being shown during ITV’s Coronation Street.

We still have a job to do on the two brands individually.

Groves says “it’s perfect timing” to launch the Share My Clogs campaign, which highlights how O2 customers can enjoy holidaying this summer without EU roaming charges.

Virgin Media’s Hyped campaign is the first marketing for its new entertainment offering Stream. Groves says the offering allows consumers to manage all their streaming subscriptions in one place, giving users control over their spending.

“Right now, in the current environment that we’re in, people only want to pay for what they watch. They can manage and keep track of all of their subscriptions in one place,” he explains.

The two campaigns share similar elements of “liberating customers”, says Groves, whether that’s giving consumers more control of their streaming choices, or keeping roaming free. This approach ties into the wider theme of “better connected”, the endline for both campaigns.

The association between the two brands is made through the consistent endline, as well as the coming together of the blue O2 and red Virgin Media logo that makes up the combined logo.

However, the companies have “distinct looks, feel, tone of voice and quite distinct propositions,” says Groves, adding that Virgin Media O2 wants to build on the equity of the original brands.

For example, in the Hyped campaign, the idea is to build on Virgin Media’s reputation for being the fastest broadband provider.

“We are trying to expand that story. So now it’s not only the fastest, but also reinventing your TV experience,” he says. “Later in the year, we’ll be broadening that message further.”

Grove stresses that the two campaigns are “very different”. The ad for Virgin Media is effectively a product launch, with the campaign aiming to generate “excitement” and awareness about the Stream product. Whereas, the O2 campaign aims to differentiate the brand from its competitors through its roaming offer.

The O2 campaign is led by a 40-second spot, featuring voiceovers from celebrities Sean Bean and Robert Webb. The TV spot will be supported by other formats, including targeting travellers in outdoor environments from airports to train stations and Transport for London locations. There will also be a Daily Telegraph Travel takeover and O2 ads served on Trip Advisor.

Hyped for Virgin Media is led with a one-minute hero video, which will run for eight weeks in the UK across different touchpoints. Twenty-second bespoke edits of the film will run across TV, video-on-demand and have been created to target customers with interests in music, gaming and entertainment, as well as families.

Despite the two campaigns having different themes and aims, Groves believes Virgin Media O2 “has the opportunity to try and create a halo effect between [the two brands]”.

Last month it was a year since the two companies came together. Groves admits it has been a “busy” 12 months, offering “an unique opportunity to bring together two brilliant marketing teams and learn from each other”. In October, Virgin Media O2 launched ‘Volt’, its first joint marketing campaign, which highlighted the combined power of the two brands.

“The combined proposition is really exciting and we’re seeing some great results from that,” he says. “But then we still have a job to do on the two brands individually.”

Groves believes the merger has helped to “reinvigorate and energise both brands”, highlighting the creative work launched today as evidence of this jolt of energy. 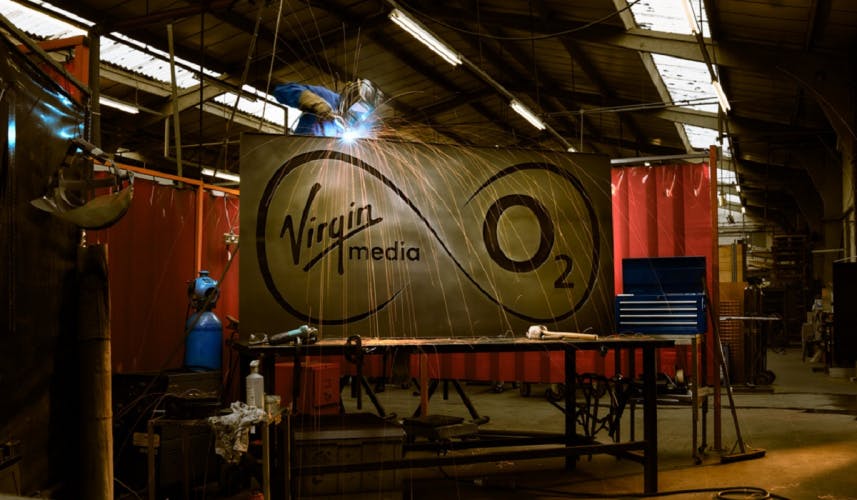 Simon Groves takes on the director of brand and marketing role in the UK, following the departure of Cilesta Van Doorn and Nina Bibby who headed up marketing at the respective businesses prior to the merger.