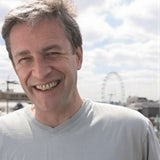 Virgin Mobile has moved sales and marketing director Graeme Hutchinson to the new role of trading director following the completion of its &£962m takeover by NTL.

Former brand director James Kydd, who has been promoted to managing director of marketing at NTL, will oversee marketing activity for the whole group, which will offer “quadruple play” – TV, broadband, fixed-line and mobile services.

He will work closely with Virgin’s former head of brand and marketing strategy Ashley Stockwell, who has been made managing director of brand at the new group, with a brief to rebrand NTL as Virgin (MW April 13).

Hutchinson joined Virgin Mobile in 1999 as head of business development and was made sales director in 2000. Two years later his role was expanded to include proposition and customer marketing. As sales and marketing director he led initiatives such as the 3p text campaign and worked closely with Kydd on the company’s marketing strategy.

Virgin Mobile will launch its first standalone high street store later this month as it gears up to create a nationwide chain.