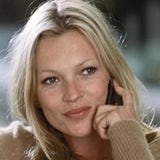 Virgin Mobile is offering a member of the public the chance to follow in the footsteps of Kate Moss and Missy Elliot by appearing in its next advertising campaign.

The company has launched a nationwide search called “Get Spotted”, and 20 finalists will be invited to London to audition. A winner will be chosen by a panel of judges that will include a celebrity guest.

People can enter the competition by filling in an entry form at Virgin Mobile stores from this week until the closing date of June 5.

Filming for the new campaign is scheduled to start in late June or early July, although a location has not yet been confirmed.

Virgin Mobile brand director James Kydd says: “We are offering one lucky person the experience of a lifetime which could also potentially set them on the road to TV stardom.”

Kydd points out that celebrities such as Courtney Cox, Tom Cruise and Brad Pitt started their careers in ads. Other celebrities who have appeared in Virgin Mobile ads in the past include Christina Aguilera, LL Cool J and Wyclef Jean.