Virgin Money has acquired a banking licence, which allows it to accept deposits and offer customers mortgages. This is the first stage in its move onto the high street.

To support the push, the firm has strengthened its senior management team with three appointments including former Lloyds executive Marcus Ezekiel as commercial director and Ian Cornelius, former director of savings at Bradford & Bingley, as banking director.

Virgin Money is also believed to be preparing a bid for 300 Royal Bank of Scotland branches after the European Commission ordered their sale following an inquiry into state aid.

Virgin Money hopes its retail banking operation will provide a “better, different form of banking” after public trust in the sector was hit by the financial crisis. 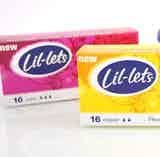