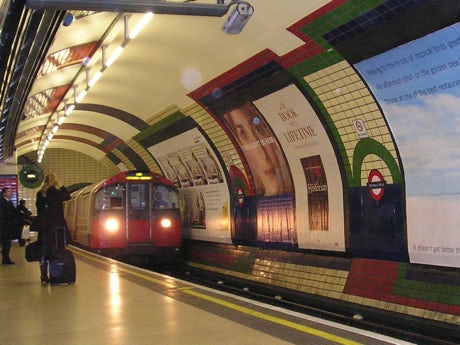 Ads for both brands will appear on the service’s opening page when passengers log on to use it from next week.

Renault will promote its electric car range, including ads for Twizy and its new ZOE model, while eBay’s campaign will let shoppers access its online retail portal.

Virgin Media started running its own ads for the service last month and has now handed the commercial slots over to brands for promotions such as augmented reality and QR codes.

Mark Brandon commercial director for Virgin Media, says the company will continue to evolve the service and “make the most of a unique opportunity to reach a digitally savvy and invaluable audience of millions of Londoners.”

Virgin Media has already established tie-ups with Spotify, Time Out and MyMovies.net to host branded content on the network, which is now available at 41 London Underground stations. Up to 120 stations are expected to be connected to free wi-fi via Virgin Media by the end of the year.

The media  company penned a five year deal with the Greater London Authority to provide free wi-fi to train passengers in March.

It launched on 7 June and will roll out to 120 tube stations by the end of this year. One million tweets, Facebook posts, emails and web pages were sent via the service last week, the company says.

There is a lot of scope to engage people through connections with cultural venues. For example, more than 22 million people visit the Southbank Centre site every year, offering huge potential for the venue’s brand partners.