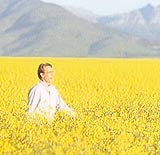 Virgin One is to be rebranded as The One Account, following the Royal Bank of Scotland’s buyout of Virgin One from the Virgin Group and Australian financial services group AMP in July last year. The new name forms part of a product relaunch.

The One Account was considered internally to be an obvious choice for the brand, as the company’s main product is called One. Marketing manager Scott Mowbray says: “It is a highly recognised brand in its own right.”

A new logo and identity will be revealed in January. The One Account’s advertising agency, TBWA/London, is working on a new advertising campaign for the brand. MediaCom remains the company’s media agency.

The One Account has not been brought under the Royal Bank of Scotland brand since the bank’s strategy is to maintain individual brands. It also owns NatWest, Direct Line, Coutts Group and Lombard Direct and holds a 50 per cent stake in Tesco Personal Finance.

Warner Village Cinemas has restructured its marketing department and appointed former Radio Advertising Bureau (RAB) marketing director Piers Skinner to head day-to-day operations. Skinner, who takes the newly created title of marketing manager, will have responsibility for the media budget and managing all marketing agencies. Sales and marketing director Sarah Kelly is to concentrate on […]