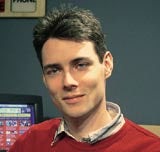 Virgin Radio has linked up with Ask Jeeves to create a bespoke Virgin-branded toolbar that can be downloaded from the radio station’s website.

The internet is of particular interest to Virgin because increasing numbers of people around the world are listening to radio stations online, rather than through conventional broadcasts. Virgin, which is owned by Scottish Media Group (SMG), now claims that its online version, virginradio.co.uk, has made it the world’s most listened to radio station.

The Virgin Radio-branded toolbar personalises Microsoft Internet Explorer. In addition to allowing Web surfers to use Ask Jeeves to search the internet for tickets, music, pictures, products and news, it also includes a pop-up advertising blocker and has the Virgin Radio Player built in, which makes it easy for Web users to listen to the station while surfing the internet.

Virgin Radio head of new media James Cridland says: “This is a great opportunity, allowing our brand to be in front of thousands of Web users the moment they start using the internet.” Ask Jeeves has just launched its MyAskJeeves personal search system in the UK. The free service, which is already available in the US, enables users to save and store search queries and results. Users can also register to get expanded functionality, including being able to access their stored search data from any internet-enabled computer. Whether registered or not, users can print out search results, save them on their computer or e-mail them to friends.

Both Google and Yahoo! have similar services in the US.

Ask Jeeves UK chief executive Adrian Cox says: “We are approaching personalisation from a different perspective to our competitors, and MyAskJeeves is the first step in our long personalisation product roadmap.”

As the internet holiday market matures, traditional travel agents are anxious to get in on the act. The online operators, squeezed from all sides, are now prime takeover targets. By Robert Lester

Mulberry, the luxury goods company, has reported a pre-tax profit of Â£17,000 for the six months to September 30 compared with a loss of Â£615,000 for the same period last year.