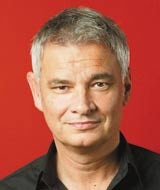 National commercial station Virgin Radio has promoted Brian Commins to sponsorship and promotions director. He will take over the role immediately.

He will oversee a team of eight and will be responsible for all the sponsorship activity for the station, including its breakfast show.

The promotion is Commins’ second this year after he was moved to the promotions role in January following a restructure of the commercial team, which also saw Lee Roberts take over as sales director (MW January 9).

Virgin was the first station to have a sponsored breakfast show and also has an initiative called Access All Areas, which allows advertisers to become more involved with the content of the shows. It recently signed up coffee brand Nescafé as the new sponsor for the Pete &amp; Geoff breakfast show, taking over from McDonald’s (MW October 16).