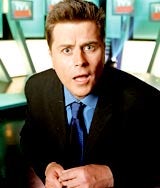 Penk, who is one of Capital’s most high-profile DJ’s, has worked at the London station for four years. He has presented a wide variety of music and entertainment shows. He is best known for his “wind-ups”, having once got through to Prime Minister Tony Blair by pretending to be the leader of the opposition, William Hague. Penk also hosts a show on ITV called TV Nightmares.

Virgin Radio sales director Mark Swift says: “The appointment of a high-profile, national personality like Steve Penk to Drivetime provides our advertisers with extended sponsorship and promotional opportunities. It is early days, but we will discuss these opportunities with our agencies and clients closer to the time that Steve comes on board.”

No date has been set for Penk’s arrival at Virgin, but a spokeswoman for the station said his show would probably start at the end of July.

Penk had been presenting the mid-morning slot on Capital FM, but was recently moved to the weekend breakfast show from 8am to 12pm on Saturday and Sunday.