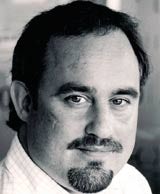 I remember the Richard Branson switch on, the countdown and the launch party with warm hamburgers and even warmer beer. I remember all the hopes – the radio revolution, the “Get Virgin on FM” campaign, the FM licence in London, Capital’s attempts to buy Virgin, Chris Evans as breakfast show presenter, Chris Evans as owner, then the most famous sacked person in Britain. I remember the succession of programme directors, then, after Evans, the succession of breakfast show presenters.

Virgin Radio has always targeted adults in the 20 to 44 age group, using a rock music format. It was handed a golden opportunity when Radio 1 axed Dave Lee Travis and Simon Bates shortly after Virgin was launched, driving thousands of disaffected thirtysomethings to the station.

Russ and Jono were the first real breakfast show presenters and with them the station delivered average adult audiences of 3.5 million. This was consistent from 1993 to 1997 until Evans arrived.

The station seemed to have suffered from a triple blow of AM decline, a severe media recession and the Chris Evans debacle, which hit audiences and revenues.

However, there are now signs of renewed confidence. After Evans left, Virgin found it difficult to replace him, but Pete and Geoff are the right DJ’s for Virgin. The station has embarked on its biggest marketing push to date and the results are promising. Rajar figures for the first quarter of 2003 show that in London, where Pete and Geoff were most heavily marketed, breakfast hours are up 12 per cent. There are still some problems, but generally Virgin’s strategy looks like it’s working.

The next ten years could still prove to be gloomy for Virgin Radio. Its unique position as a national radio brand faces challenges by groups now fielding similar formats regionally with common branding on FM. Then there is Radio 2, the biggest audience beneficiary of Virgin’s decline. The other problem is consolidation among sales points, which are squeezing Virgin’s share of the market. Virgin’s single sell and focus is great for customer service and creativity in sponsorship and promotion, but runs the risk of making the station less relevant to radio buyers.

Virgin needs to apply for regional FM licences under the Virgin banner and while digital radio is embryonic. This is its only real hope for growth.

When Capital tried to buy it in 1997, everyone thought Virgin Radio was finished – then along came Chris Evans. So I will keep an open mind. Virgin Radio can and will always surprise me.