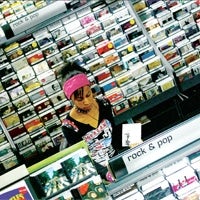 As more customers use mobile internet to research products in-store – and then use social networks to share their purchase decisions – the retail environment is becoming an increasingly multichannel experience.

With half the population expected to own a smartphone by the middle of this year, brands are keener than ever to capitalise on the mobile in consumers’ pockets, rather than relying on expensive screens in-store. 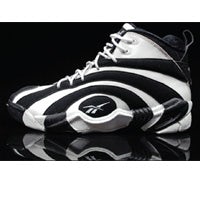 HMV, Bandai, Reebok and IPC Media’s Nuts magazine have all launched interactive point of purchase (PoP) campaigns in the past month, aiming to connect online and offline worlds through consumers’ own technology.

Integrating the benefits of online shopping into physical stores is something that will prove increasingly popular with consumers, according to research conducted by retail marketing trade body Point of Purchase Advertising International (POPAI) UK & Ireland.

Many shoppers stress the need for a physical store and feel that advances in multichannel retail means that technology should be taken to the stores, rather than the store format simply being taken to the web, according to POPAI research.

One respondent said: “I want to be able to talk in-store and use the web to help me shop. When I shop online, I want something different to what I get in the shop.”

Another claimed: “The internet doesn’t need to be more interactive – interactive is for the shop. The web is for convenience, it’s all about price checking, getting the best deal and finding who can deliver it to me the fastest.”

Martin Kingdon, director general of the trade body, says: “With shoppers increasingly carrying their own digital devices with them, marketers now recognise there is a need for better understanding of multichannel and its influence on shopper behaviour. The traditional path to purchase is changing, and the battle to reach the next generation of shoppers has begun.”

Earlier this month, HMV outlined a new multichannel strategy that aims to offer customers the benefits of shopping online with the pleasure of in-store browsing. One of the struggling retailer’s new features is a listening post app – a digital version of the in-store stations where customers can try their purchases before deciding whether the record is to their taste.

The app uses the smartphone’s camera function to recognise a product before offering the user the opportunity to listen to samples of the tracks. Consumers then have the option to buy the music digitally or in traditional format, both in-store.

HMV head of insight and ecommerce Paul Stevens explains: “We expect customers to use this app in our stores to sample the product in front of them, and help them make a more informed purchase choice.”

The decision to introduce free Wi-Fi in HMV stores will not only increase download speeds for shoppers that chose to purchase items digitally but allow the retailer to integrate m-commerce technology with the in-store environment without asking customers to foot the data bill.

The app can also be used beyond the in-store environment. Stevens explains: “It can access content from a press ad or a friend’s CD, and can also be used as a tool in other stores to compare HMV’s prices against our competition.”

In October last year, Tesco introduced a similar app that allows shoppers to scan the barcodes of products before adding the items to an online basket. The app has been developed to appeal to customers who want their food delivered but prefer browsing the aisles of a physical store. It, too, can be used outside the store because it allows customers to scan the barcode of an almost-finished bag of rice during cooking or a bottle of wine at a friend’s house and save it to their online basket.

Sportswear brand Reebok has announced a new integrated point-of-sale campaign, which also marries the benefits of online shopping to the in-store experience. The brand has partnered with augmented reality browser Aurasma and agency Lick Creative to develop point-of-sale materials that give customers access to additional content in-store.

After scanning a PoP marker with the app, branded technological videos, animations and FAQs with leading athletes are immediately made available to the customers in-store. Aurasma-enabled content for new Shapewear gym wear, which launched this month, allows shoppers to see brand ambassador Kelly Brook modelling the range and to get a better understanding of the technology behind the product.

Reebok digital marketing manager Mark Allin says: “We’re always looking to engage staff and raise awareness through more traditional routes such as staff training but we also want to extend that experience out to consumers who are more proactive and tech-savvy. It’s a way of making sure our retailers and consumers can access the up-to-date content available on our own-brand platforms, as well as offering support to shop staff and retail partners.”

The PoP material will also allow location-specific in-store offers, as well as acting as a platform to advertise related products or services. Reebok will use its Nation’s Fittest campaign to link this technology with outside events. The marketing campaign, which will run over the next couple of months, will see Reebok-branded temporary gyms travel the country in partnership with Eurosport.

Not only will the new PoP materials alert consumers to a nearby Nation’s Fittest event, but they will allow participants at events to buy online directly from Reebok.com or locally chosen partners, says Allin.

This app generates a 3D model of the actual toy when you hold your phone to the packaging
Darrell Jones, Bandai

Other brands to partner with Aurasma include Bandai and Panasonic, which both focus on bringing their packaging to life rather than in-store displays.

For the launch of new ranges of Thundercats and Ben 10 toy figures, Bandai has created packaging that allows in-store access to content such as video trailers of relevant films. Bandai marketing director Darrell Jones explains: “A lot of our products are what we call closed box, so you have a picture on the packaging but you can’t physically see what the content is.

“This app generates a 3D model of the actual toy when you hold your phone to the packaging. It’s exciting for children and helpful for parents because they can access more information about the product and see related items,” Jones adds.

IPC Media, which publishes Nuts magazine, has also experimented with augmented PoP material for the launch of its interactive issue in January.

The aim was to produce a unique experience for readers by linking online and offline content, using readers’ own technology, explains publisher James Thrower. “We produce a lot of content that goes across all our platforms so the kind of mechanics where we can actually take people from one of our platforms to the other is a good thing for us.”

For the interactive issue, a standard shelf talker was introduced in newsagents across the country that featured a marker, which when scanned with an app developed by Blippar featured well-known Nuts model Rosie Jones.

That shelf talker is designed to remain in newsagents but the messaging can change, which is particularly useful for a weekly title.

Thrower says: “We were very conscious that we wanted to make the interactive issue a first and timelines were quite tight. It has become a bit of a showcase about how it can be done, and we’re now talking with advertisers about how we can include them alongside the interactive editorial content so you can have interactive advertising both in the issue and at the point of sale.”

Although the development of PoP technology increases advertisers’ options, POPAI’s Kingdon warns that there has to be a purpose to this style of PoP marketing: “In the rush to keep pace with new developments marketers must also be careful to minimise mistakes along the way. Fail to do so and, ultimately, they will end up driving away shoppers and damaging brand equity.”

Brand in the spotlight 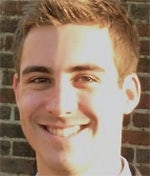 Marketing Week (MW): What was the strategy behind the new interactive point of purchase?

Mark Allin (MA): We’re always looking for new ways to communicate product benefits and features at the point of sale. Working with agency Lick and augmented reality platform Aurasma, we’ve identified this opportunity where features such as technological videos, animations and frequently asked questions can be brought into the point of sale.

We thought it would be an innovative way to present the brand in-store, and also to bring some life to retail installations and shop windows. We can take the technology onto the road as part of experiential activity and also to help bring above-the-line such as TV and digital to life in print as well.

We’re very keen to make the campaigns as integrated as possible so it seems a nice way to link more static forms of promotion with digital and full-motion video and content.

MW: Specifically with the PoP, how are you going to combine online and offline content?

MA: We’re starting by bringing to life existing technology videos and animations. You can now view all the online content that you would expect to see around the product at the point of purchase.

MW: How will you combine PoP activity with your newly launched experiential campaign?

MA: Part of the activity we’re running is a partnership with Eurosport around a promotion called the Nation’s Fittest, which culminates in a full gym tournament in London this June.

As we take our Reebok Cross Fit Boxes – basically mobile gyms – across the country, we’ll be encouraging people to take part in a workout and then upload their scores and register for the event from there.

We’re looking to bring things such as real-time leader boards, instructional videos and coaching into gyms, retail outlets and universities.

The creative industries in the UK can only compete with their global rivals if they receive the financial support to develop ideas. 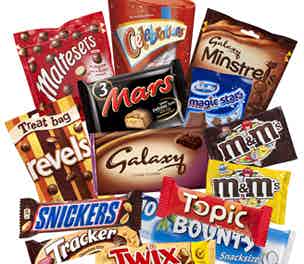 I was enjoying Michael Nutley’s column (MWlinks.co.uk/MappingTool) until the last couple of paragraphs and his throwaway comment that brand enthusiasts who have quit the community can typically be bought back with “a few kind words and some branded items”. This is exactly the kind of attitude that holds marketing back from any semblance of the […]