Visa is launching its first major Christmas campaign by focusing on the British high street and the independent retailers and shopkeepers that are key to its survival.

Launching today (8 November), the campaign will feature British shopkeepers from across the UK singing to the classic Christmas tune ‘All I want for Christmas is You’ by Mariah Carey. Created by Saatchi & Saatchi, the TV spot, which first runs tomorrow (9 November) on ITV, will feature nine shopkeepers, while another 100 will feature across print, out-of-home and social media.

The campaign aims to go beyond gifting, showcasing all the different things people buy at Christmas, from food and drink to new decorations and flowers.

Speaking to Marketing Week, Adrian Farina, Visa’s senior vice-president for marketing, says: “This is the first time we have done such a big campaign for Christmas in the UK and we have chosen to talk about something that is very relevant, very close to the business and relevant to everyday conversation, which is the high street.

“The high street has historically been close to the centre of communities but they have been facing a challenge over the last few years. We thought we could do something about this, a role that Visa could play to at least be part of the solution.”

The campaign also aims to take on a different facet of gifting, looking at where people shop rather than what they buy and the people they buy for.

“[Shoppers] have the chance to think about who they give gifts to, what they give them but Visa wants to make you think a little bit about where you shop. By all of us making a more conscious choice of how we spread our Christmas shopping list we can all be part of the solution and make a bit of a difference.”

This is not the first time Visa has supported the British high street; the campaign ties into its sponsorship of the Great British High Street awards that take place on 15 November. Farina hopes the campaign can amplify the competition, providing it with a “huge megaphone” to raise its profile among shoppers.

The campaign also ladders up into Visa’s mission to be a “digital payment network that enables individuals, businesses and economies to thrive”.

“We want to make people aware of the things we stand for,” adds Farina. “This is a great opportunity to bring to life some of those values to the public. We exist only if we help businesses and communities to thrive. The high street is going through a challenging time and we can do a little bit to help, trigger a different discussion, and raise awareness.” 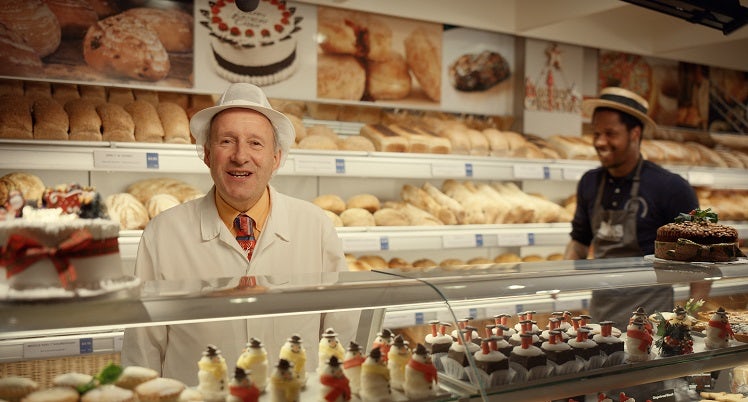 Farina admits there were “complexities” in using real shopkeepers, including finding people who wanted to sing and dance in a national ad campaign. But he believes this approach was important to add “credibility” to the campaign, as well as warmth.

The campaign has some big ambitions, it aims to reach 95% of the population at “high frequency”. To do that, Visa has a mix of TV for reach and social media to drive frequency and connect with some of the audiences that are “harder to find on linear TV”.

Use of outdoor is also key, and its share of spend is larger than might be expected because Visa wants the campaign to be seen on high streets across the country, particularly in the areas that shopkeepers featured are from.

“In this case, the share of out-of-home is larger than an algorithm might have advised but we chose to do that,” explains Farina. “That might not give us the best ROI but it’s the right thing to do.”

The campaign’s success will be measured on brand metrics such as affinity, preference and reputation. But Visa is also hoping to see an increase in payments in small stores over the festive season. 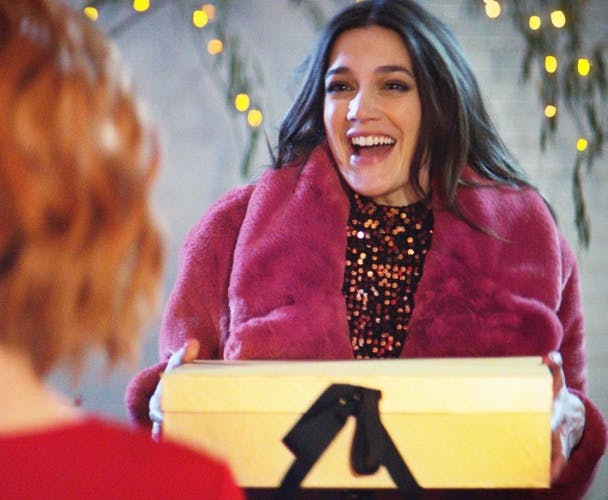