Visa has shrugged off concerns about the 2018 FIFA World Cup’s host nation, claiming people simply “use these events as a platform to express opinions”.

Instead, the global payments giant and long-standing top-tier FIFA partner, will focus on associating itself with the celebration of sport and promoting acceptance though its largest ever global activation.

Speaking to Marketing Week, senior vice-president of marketing for Europe, Adrian Farina, says once the tournament starts Visa will ride on the fact people from across the world will come together to share their love of football.

“That’s what is important to us,” he says. “These large events inevitably draw all sorts of attention and if you go back in history you will find there was always something going on, whether it’s something geopolitical or something else. People use these forums to express their opinions.

“But the moment the game starts fans will turn their focus to celebrating the sport and that’s what we associate ourselves with.”

Visa was one of the first sponsors to release its activity, unveiling its ‘Visa’s ultimate FIFA World Cup’ campaign starring Swedish footballer Zlatan Ibrahimović in mid-April.

We need to be sure we can be present where and when consumers are receptive to our message.

There are now just two weeks to go until the world’s biggest sporting event kicks off on 14 June, yet even new top-tier sponsor Qatar Airways only just revealed details of its ad on Tuesday (29 May).

Given recent geopolitical events, such as Russia’s support of Syria in its civil war and accusations it attempted to assassinate a former spy in the UK, as well as its anti-LGBTQ policies, it seems brands are being more cautious than in previous years.

Farina says the timing is no different for Visa compared to other years though as it is also a sponsor of the Winter Olympics so wanted to give itself “some breathing space” between campaigns.

Despite being one of the first to launch its activity, Visa went back to the production room to re-record part of its World Cup campaign following allegations of sexual harassment made against actor Morgan Freeman who provided the voice-over.

The brand had already released the first of its five-part video series featuring Ibrahimović but since removed it from its YouTube channel while the remaining videos were put on hold while the company rerecorded the actor’s voice.

Marketing Week understands the re-recording process has now been completed and the remaining parts of the campaign are scheduled to be released in the lead up to, and during the tournament.

“We are aware of the allegations that have been made against Mr Freeman. At this point, Visa will be suspending our marketing in which the actor is featured,” the company says in a statement. 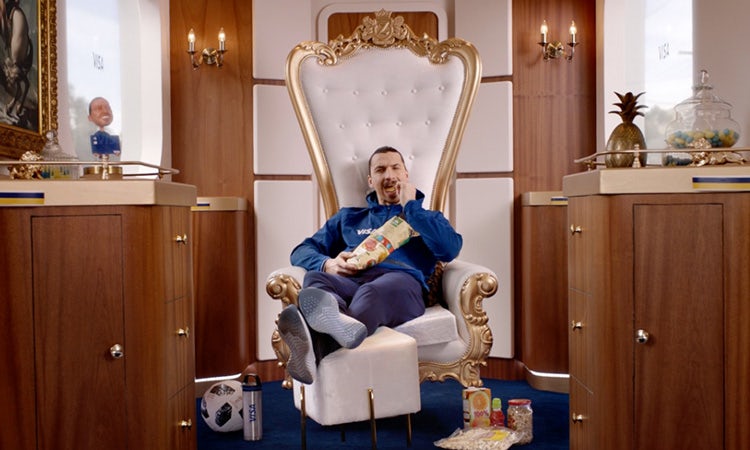 The videos are designed to help fans overcome World Cup ‘FOMO’ (fear of missing out) by offering a glimpse into what takes place behind the scenes.

In the first video, the striker, who has retired from international football, can be heard saying: “A World Cup without me, is not a World Cup worth watching”.

READ MORE: The Russia World Cup – A brand risk or a unique opportunity?

Visa is also using football, lifestyle and fashion influencers – including Japan’s Kotaro Tokuda, Mexico’s Pamela Allier, UK’s Chris MD and Russia’s Tatiana Vasilieva – who will be featured throughout different campaign films. They will give their millions of followers insight into how Visa’s payment technology works and help reach fans that Ibrahimović can’t.

Farina says Visa has tailored its campaign to suit time-poor consumers and a younger, more digital-savvy audience by producing short six-second videos containing subtitles, which are made exclusively for social media.

“It [advertising] used to be a case of having a two-minute ad slot and a presence in cinema, but now it’s far from that. Which is why we’re deploying our campaign in five instalments, and for each one of those you have a multitude of different content formats so you can share the campaign across platforms,” he says.

“People don’t want to be interrupted during their mobile experience for more than a few seconds. We need to be sure we can be present where and when consumers are receptive to our message.”

The campaign, which will be launches across 45 markets and in 24 languages, aims to bring fans from across the world ‘to the game’ while showcasing Visa’s payment technology and innovations, according to Farina.

He notes that while commonplace in the likes of London, promoting contactless technology throughout parts of Europe and Russia is a challenge.

“We’re still working hard to promote contactless technology throughout parts of Europe and Russia. We forget that while in London it might be the most common way to pay that’s not necessarily the case through the rest of the region or the world. We want to make sure viewers don’t miss a second of what they’re there to see and that’s to enjoy the game.”

As the official payment services partner of FIFA, the brand is ensuring contactless cards will be accepted in all stadiums across Russia during the tournament, with 6,500 payments rings and 30,000 payments bands in use.

There will also be 3,500 point-of-sale terminals and 1,000 mobile concessionaire that have been equipped with the latest payment innovation where fans can “dip, tap or swipe” their cards.

When asked what World Cup success looks like for Visa, Farina says it’s being able to portray a key message of acceptance and addressing football fans’ concerns about “missing out”.

“We are privileged to be associated with things people care about, such as sports. We are a living brand. We are a brand present across the world. And we are a brand for everyone,” he says. 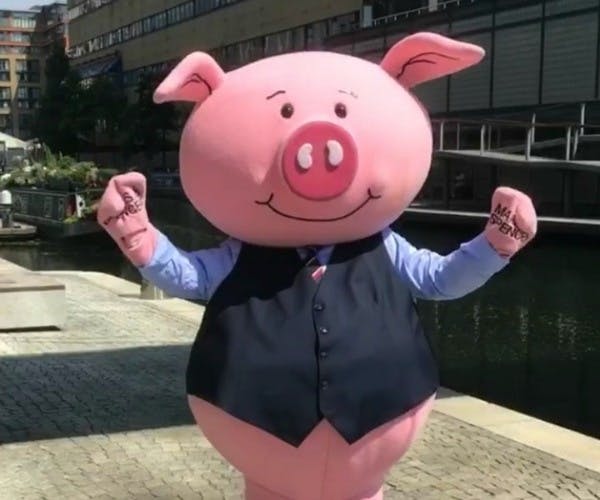 Welcome to Marketing Week’s 2018 FIFA World Cup blog, a chance to catch up on all the latest brand and sponsorship news in the run up to the tournament. 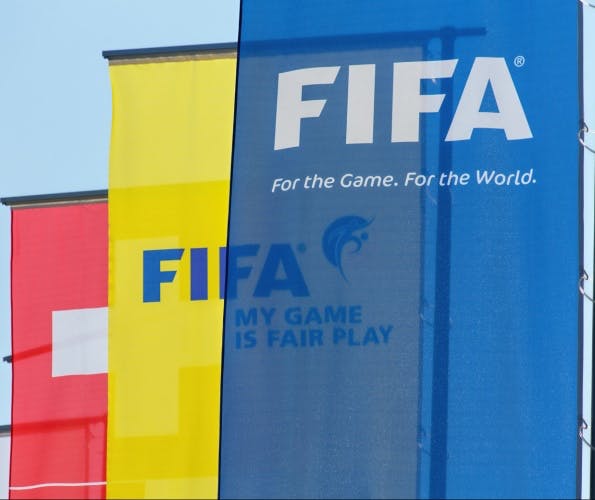