The ten finalists are inductees of the Vision 100, our exclusive club of visionary marketers and all have one thing in common – they demonstrate marketing excellence.

The winner will be announced at The Marketing Week Awards at the Roundhouse in London on 12 May.

All members of Marketing Week’s Vision 100 in partnership with Adobe, including our 2016 inductees, can be viewed here.

As the lead marketer in some of the FMCG giant’s biggest territories outside the US, Roisin Donnelly can take plaudits for leading on some very notable marketing campaigns last year.

Its Always brand’s celebrated ‘Like a Girl’ campaign expanded in 2015 to include ‘Confidence Summits’, UGC initiatives and TED talks. Donnelly is also a passionate advocate of the need to have greater diversity in marketing, telling Marketing Week last year: “Diversity really is a core belief of P&G and that’s how we get great campaigns like ‘Like a Girl’, Pantene’s ‘Shine Strong’ and lots of other things with women at the heart. I think you get much better results if you have diversity – different genders, different nationalities – because you get different ideas and it’s a much more fun place to work.”

Donnelly is also a very well-known industry figure. She sits on the Advertising Standards Authority’s Council and is a former president of both the Marketing Society and WACL.

Nigel Gilbert has played a key role in revitalising TSB as a standalone bank brand following the turmoil of the financial crisis. He joined as chief marketing and communications officer in December 2013, a few months after TSB split from Lloyds, and has helped to rebuild trust in the brand while providing it with a softer, more accessible image when compared to other competitors.

Last year TSB underwent further change when it was acquired by Spanish banking group Sabadell, but it has continued to deliver organic customer and balance sheet growth above its targets and acquired over £3bn of UK customer mortgages. Gilbert has spoken of the importance of treating TSB like “a clean slate”, and this is reflected in the brand’s marketing campaigns that stress its focus on “local banking” and the fact that “TSB isn’t like the other big banks”.

It is a brave marketer that chooses to change a campaign that is working but that’s what Jan Gooding did in 2015. Reacting to a business need to develop a global message and attract direct business though its owned digital channels, Gooding led a team that undertook a global creative agency review culminating with the appointment of adam&eveDDB and the launch of the new “Good Thinking” campaign, which replaced the long running ads starring comedian Paul Whitehouse. It is the first time in its history Aviva has agreed a consistent marketing strategy internationally.This was all delivered against a background of the merger between Aviva and Friends Life.

She is also sponsor of Aviva Pride, the LGBT employee network at Aviva, chair of Stonewall and the Publishers Audience Measurement Company as well as being a member of the executive committee of WACL.

Soren Hagh was Heineken’s executive director of global marketing until being promoted to managing director, Italy earlier this month. In his former role he was responsible for the brand’s push into digital marketing, with more than a quarter of its budget now spent in this area.

“I believe we have managed to fundamentally rewire Heineken to win in the new digital reality,” he says. “We have done this by adopting a comprehensive data-driven approach to marketing while maintaining a deep organisational commitment to marketing fundamentals like consumer insights and the constant drive for 10-out-of-10 creativity.”

The new strategy is bearing fruit as group revenues rose 6.5% in 2015.

In February, Disney overtook Lego to become the world’s most powerful brand, according to a report by Brand Finance. This followed a bumper year for Disney that included the hugely successful release of Star Wars: The Force Awakens, which took nearly £1.5bn at the global box office and millions more in toy and merchandising sales. Disney recently reported record quarterly earnings of $2.9bn for the first quarter of 2016.

As CMO for Disney in the UK and Ireland, Anna Hill played a key role in overseeing the film’s launch in one of the company’s key markets. Anna is responsible for Disney’s overall marketing strategy with a particular focus on integrated marketing opportunities across Disney’s various businesses areas, spanning media properties, digital channels and physical retail. She is also head of Disneymedia+, overseeing all of Disney’s UK and Ireland integrated advertising sales and promotions activities.

Michelle McEttrick has developed a reputation as someone who breathes new life into some of the UK’s biggest but tiring brands. In her previous role as managing director of group brand and marketing at Barclays, she launched ‘Barclays Values’ to help restore faith in the banking sector and while at ad agency BBH, she helped to reinvigorate the British Airways brand.

She is now working to turnaround the fortunes of Tesco having joined the supermarket giant in May last year. She is focused on rebuilding the beleaguered brand from the inside out while reinvigorating its ‘Every Little Helps’ brand promise so it is more relevant for consumers.

Realising Tesco’s marketing had been too price-orientated in the past, leading to a lack of differentiation in a crowded space, she has implemented a new strategy that focuses on service.

Mark Palmer is a man that thrives when working at smaller entrepreneurial businesses as opposed to big corporates. Rather than spend his budget on short-lived TV campaigns his focus at Pret is firmly on improving the in-store experience and creating word of mouth buzz, which he believes is more valuable in the long run.

One such example is the sandwich chain’s foray into evening dining where it served wine and beer alongside a soundtrack of jazz. Palmer is also dedicated to growing the Pret business in the US and says it is now one of the fastest growing parts of the business, with a particularly strong presence in New York.

Outside of Pret, he co-founded soft drink brand Cawston Press, which he will soon be launching in the US too. Palmer joined Pret three years ago having previously held roles at chocolate brand Green & Black’s and fast food chain Burger King.

Arnd Pickhardt took the top marketing job in the supermarket’s home market of Germany at the end of 2015, testament to the impact he has in one of its fastest growing, the UK.

Pickhardt had an unconventional route into marketing, starting out in Lidl’s audit and customer services department before being made head of advertising in October 2011. In January 2014 he took on his UK marketing role and has been pivotal in the marketing transformation at Lidl.

In 2014 it launched its first integrated marketing campaign in the UK, “Lidl Surprises”, which accelerated last year. Armed with a £20m budget, Pickhardt’s brief was to shift the grocer’s messaging from price to quality to appeal to a customer base beyond bargain-hungry shoppers. Marketing activity has been pivotal in Lidl’s success. It was the fastest growing supermarket in the UK last year, according to Kantar, and has seen its YouGov BrandIndex scores for quality increase sharply.

Syl Saller has shown impeccable leadership abilities in her role as chief marketing officer at Diageo and as a member of Diageo’s executive committee. She oversees all global marketing, innovation and design covering more than 400 brands in 180 countries.

In its latest financial results, Diageo chief executive Ivan Menezes praised the work of Syl’s department as the business continued to deliver volume growth despite difficulties in several global markets. “While trading conditions remain challenging in some markets, Diageo’s brands, capabilities in marketing and innovation and our route to consumer have proved resilient,” he said.

Syl is also a prominent figure in the marketing profession, providing invaluable industry insights and guidance as a mentor for The Marketing Academy. Last year she was named The Marketing Society Leader of the Year. Before Syl was appointed CMO in 2013, she was Diageo’s global innovation director for nine years.

David Wheldon is clearly not one to shirk a challenge. He arrived at Barclays in 2012 just before the LIBOR scandal rocked the banking sector and the brand, and was set the challenge of “rebuilding the bank from the inside out”. As head of brand and reputation, he was pivotal in developing some of the initiatives that meant he left the bank in a much healthier state than he found it when he was unveiled as RBS Group’s first CMO in April 2015. He has a similar brief to the one he inherited at Barclays – rebuild trust in a brand that had hit rock bottom following the financial crash and stayed there. There has been significant improvement in perception since he took over, according to YouGov BrandIndex tracking data.

Unveiled last year as president of the World Federation of Advertisers, he is also a popular and astute critic of bad and advocate of good marketing practice. Bemoaning marketers’ obsession with the newest trends to the detriment of focusing on long-term strategy at ISBA’s annual conference earlier this year, he said: “Every trend in marketing is of course the next big thing. We swing in and out like an accordion, adding: “Don’t be the dog that barks at every passing car.”

Click here to book your table for the awards. 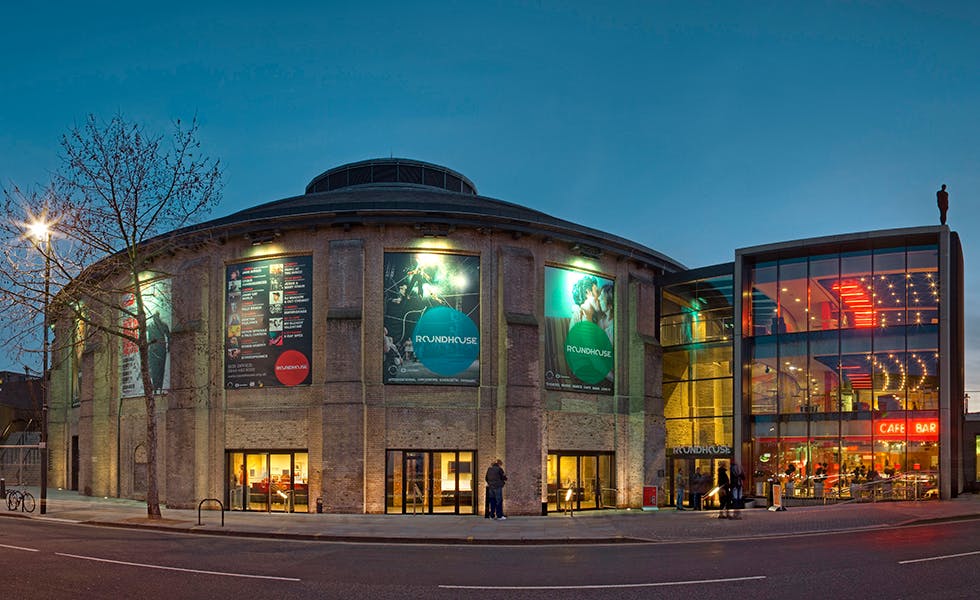 Drum roll please! Ladies and gentleman, we give you the shortlist for the 2016 Marketing Week Awards. Thanks to all those entered the awards this year – the calibre of entries was fantastic and every one of the brands, agencies and marketers on the list should be proud of their achievements. Congratulations, you represent the best of the marketing industry. 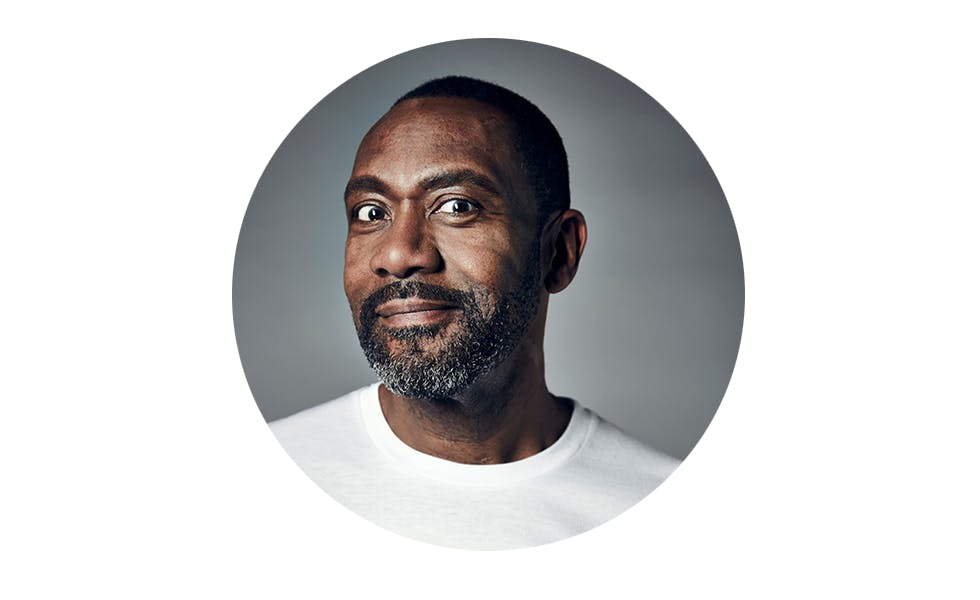 The Marketing Week Awards are back and we’ve managed to line up a very special host on the night – Sir Lenny Henry CBE. 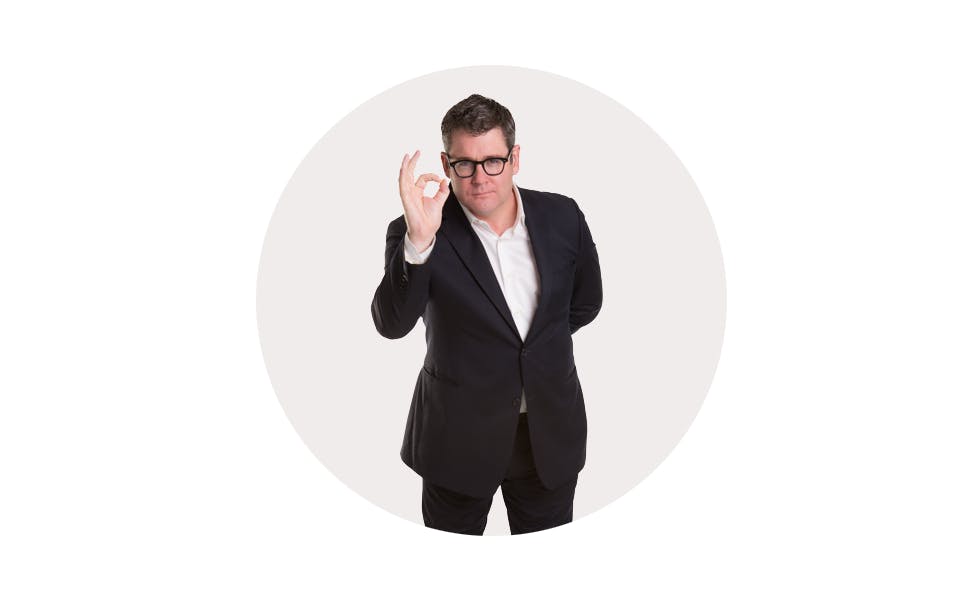