The campaign focuses on “real involving experiences” and what Wales offers that differentiates it from other destinations. It pursues the theme by taking a family that had a poor experience holidaying abroad and shows them taking a break in Wales.

The family was recruited via ads on travel websites and in local newspapers. The campaign launches with a partnership between Visit Wales and Trip Advisor. This sees a series of unbranded poll questions on the latter’s homepage designed to start a debate asking “What constitutes a proper holiday?” or “Does a good tan equal a good holiday?”.

The activity has been devised by Wieden & Kennedy and is supported by a direct mail and email campaign by Kitcatt Nohr Alexander Shaw. The latter was recently appointed to the account.

The media planning and buying is being handled by Arena BLM. 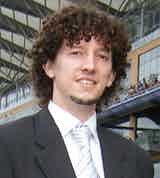