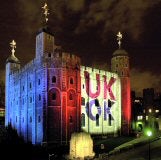 VisitBritain Americas, the US arm of the UK tourism body, is searching for an agency to create a £3m campaign in a bid to encourage tourists from the US, Canada and Latin America to holiday in Britain.

The body is looking for an agency to work on a campaign for the next three years and is seeking tender applications by January 5. The campaign will include direct response work as well as long-term brand building.

VisitBritain says that the agency will have to work “seamlessly” with the decision-making team in New York, despite time differences, and should be available to attend meetings in person at short notice. British and European-based network agencies with an office in New York are expected to pitch for the account against US-based agencies.

The news comes as the Department for Culture, Media and Sport announced the appointment of the former president and chief executive of Visa International, Christopher Rodrigues, as VisitBritain chairman. He will take over the role from January 1.

Rodrigues is also a former group chief executive at Bradford and Bingley and has held senior positions at American Express and Thomas Cook.

It is thought his commercial and global experience, particularly in the Americas, will help boost Britain’s status as a holiday destination among American consumers.

MSN.co.uk has relaunched its Travel channel to include content from The Guardian, Condé Nast Traveller and Rough Guides. The redesign is part of an ongoing strategy to boost advertising revenue for the portal. It has already revamped other elements of its site including its movie channel. The new travel site will have a holiday-booking service […]

Sony Computer Entertainment Europe (SCEE) is undergoing a major shift in advertising strategy and is seeking brand partnerships as it gears up for the launch of its next-generation console PlayStation 3 (PS3). SCE UK will launch an ad campaign e…