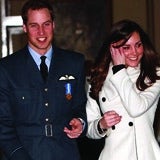 The Government pledged £50m of public money to help tourism over the next four years, to be delivered via VisitBritain, if this could be matched by private funding.

Companies including British Airways, DFDS (ferries), lastminute.com, P&O and Radisson Edwardian have now pledged cash and payment in kind. The aim of the £100m fund is to boost tourism around this year’s Royal Wedding, The Queen’s Diamond Jubilee next year and the 2012 London Olympic and Paralympic Games.

VisitBritain will co-ordinate a four year marketing campaign that aims to deliver 1 million extra overseas visitors a year and £2 billion worth of increased visitor spending, The investment is also expected to create thousands of jobs across the tourism sector.

Prime Minister David Cameron says: “Last year we challenged British businesses to help us put together the best tourism marketing campaign ever for Britain – something that will make us the must-see destination for visitors from new growth markets in Asia and Latin America, as well as core ones like Europe and the USA. The response has been magnificent, with pledges of cash and kind from companies that mean we are well on the way to our target.”

Chief executive of VisitBritain, Sandie Dawe, says:”The excellent response we have received already shows the huge appetite that British companies have for working together to grow our overseas tourism business. Yet today represents only the start. The names announced so far are just the first raft of our ‘founding’ partners.”

VisitBritain had its own funding cut by 34% in the summer and is developing stronger partnerships with a number of brands to cover the shortfall, for example Samsung.