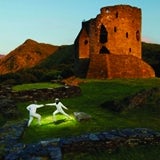 Marketing director Laurence Bresh will now oversee a consolidated department that includes the campaign, partner marketing and publishing teams. These will be supervised by a yet-to be-appointed head of marketing. The organisation will retain four directors under chief executive Sandie Dawe.

The changes reflect the government’s requirement that VisitBritain works with commercial partners including British Airways, DFDS (ferries) and Lastminute.com to market Britain for less money.

Bresh told Marketing Week “We are about to head into partner account management. We are now a hybrid between the public sector and private sector and must speak the language of the latter. The people we are hiring for the campaign roles come from an agency backgrounds.”

VisitBritain aims to build on the appeal of the Queen’s Diamond Jubilee and the London Olympics next year. Bresh says that because the government demands “short-term returns on the back of these events”, strategy will focus on attracting visitors from EMEA and the United States.

The You’re Invited TV campaign is due to start at the end of this month and will feature stars such as Dame Judi Dench and Twiggy.