The focus of the new campaign is a 60 second film depicting the variety of culture, locations and attractions in Britain. It has a soundtrack mixing up noises like the bells of Big Ben, the Wimbledon crowd and the crunching of a poppadum with Hackney band Rudimental’s song Feel The Love.

The interactive digital element allows viewers to remix the visuals and accompany soundtrack in a variety of ways to post on the VisitBritain “Lovewall” website and via this interaction create their own itinerary for a trip round the UK. The personalised remix can be posted across the creator’s social media.

Head of marketing for the tourist body Philip Taylor says that the campaign was devised to “carry on the energy” created by the buzz around the 2012 Olympics.

Taylor says that the campaign was devised to differentiate Britain in a unique way from other tourist body campaigns.

“Britain is often on the consideration list but we wanted to inject a little urgency into people’s plans.”

The video has been made by Rainey Kelly Campbell Roalfe/Y&R and it will be seeded on platforms in key markets, such as China, United States, Brazil, Germany and France and launching tomorrow (17 February).

In a new development VisitBritain will now oversee the consumer facing digital assets of the ‘Great” brand.

Previously, the Government handled the Great brand and this resulted in a Facebook page and Youtube channel for both VisitBritain and the Great brand. These assets will now be merged into a Love Great Britain brand for the two digital platforms.

Latest figures show 2013 was a record year for inbound spend and visits. Visitor spend was £21bn, up 13 per cent on the previous high spend of 2012. 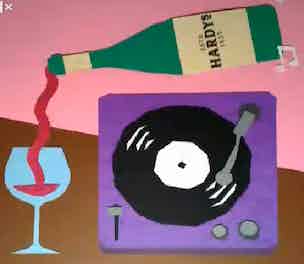 Hardys Wine is ramping up its investments in Instagram, YouTube and Vine in attempt to race ahead of its rivals in the social media space and become the ‘Nike of wine brands’.