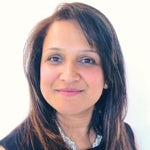 Traditionally, marketing and PR professionals have had very different functions within organisations. Yet, with the advent of social media, the silos separating the roles have been well and truly taken down.

Only a decade ago, consumers had few opportunities to comment publicly about a company. Now, thanks to the immediacy and ubiquity of Facebook and Twitter, niche influence of blogs and damning permanence of online reviews, consumers hold most, if not all, of the power. Therefore a step up in strategy is required and the one-time preserve of well-versed PR departments, marketing teams and even sales and customer service departments, are now representing brands and effectively acting as official spokespeople.

Bearing in mind that the role of PR is as much about keeping certain items out of the public domain as winning column inches and page views, this can be problematic. Maintaining goodwill, establishing mutual understanding and satisfying customers has become and will remain the responsibilities of both PR professionals and marketers. When a complaint, compliment or question is posed on social media, your own platforms or a third-party blog, it needs to ping both marketers’ and PR professionals’ radars.

Therefore, if the modern PR professional is to survive in a world where other departments are constantly stamping on their toes, their role must evolve.

We Are The Media

The media landscape is changing. Traditional print and broadcast media outlets no longer have the monopoly over the distribution of news and opinion. While they will undoubtedly remain extremely important mass communication channels, they are increasingly being influenced by social media channels and citizen journalists.

News stories break on social media first. Journalists more often than not take the role of middlemen, redistributing content that is first featured on social media. Social media then comes back into the mix, amplifying and increasing the reach of this repackaged ‘news’. In many respects, social media is the media and traditional media outlets play only a small part in the story.

What’s more, as newsrooms trim staff, the PR industry reacts by relying on content marketing to reach audiences who now consult Google more often than their regional paper. For many brands, this owned media allows for direct communication with prospects, customers and even journalists and bloggers.

Owned media has become a crowded space, though; meaningful competition for consumer and media attention is stiff. A recent WriterAccess survey shows that more than 90 per cent of brands use blog posts, social media, infographics and other platforms to get noticed.

It is no longer a game of pumping out high quantities of press releases. It has to do with creating high-quality and ‘snackable’ content that people can consume on the platform of their choice.

The production of superior content requires more resources and intelligent promotion, both reasons that PR and marketing should continue to collaborate.

This means that successful PR and marketing professionals have to spend as much time looking inwards, maintaining relationships within their own organisation, as well as maintaining their traditional media relationships.

Modern PR is as much about understanding, managing and influencing conversations between your organisation’s various departments and the public. In this respect you can think of PR (amongst its other functions) as a vital partner to the marketing team (or other departments) where social media activity might sit.

Just as PR has traditionally briefed and finessed its media contacts, it must now take the time to build and police solid social media policies, monitor exactly what is being said about its organisation on the social web and steer conversations.

This doesn’t mean taking an Orwellian approach to communication. In fact, in this socially enabled age, the more voices talking openly about your brand the better. As people buy from people they like, it is important to develop a human face for your organisation with which people can relate. This means encouraging people in other departments to speak out on your company’s behalf. It also means training people how to react when conversations do not go in the right way. Think like a big brother helping a sibling and not Big Brother dictating behaviour.

Agility is key. A negative comment can spread like wildfire and because there is no editorial quality control on social media, it can cause an even bigger headache than traditional bad press.

While the basic tenets of PR have not changed (it’s about managing relationships), the areas in which your PR team operates and the speed it must move at have changed. And because PR’s influence is encroaching on other territories and vice-versa, it must be given credit as well as take responsibility for its results.

This means being judged on your organisation’s sales efforts and customer retention figures, as well as general sentiment towards your brand and the value of column inches won by your efforts.

This might represent a significant learning curve for some PR traditionalists. But change is good for the industry. Social media will continue to disrupt the PR, marketing and sales landscape and those PR professionals who are not willing to adapt may not survive. Those who embrace the challenge, however, will thrive and be recognised for their efforts to enhance their organisation’s bottom lines as well as their reputations.