Vodafone is refreshing its brand with a new marketing campaign, updated mobile plans and revamped stores, website and mobile app in a bid to “modernise” the brand amid both the roll-out of 5G data services and new rules that make it easier for customers to switch mobile operator.

The new product proposition sees Vodafone become the first network to offer unlimited data plans on both 4G and 5G. The mobile network is currently rolling out its 5G network, which is expected to be in 20 UK cities by the end of July and 27 across Europe.

Vodafone has opted not to charge a premium for 5G, in part because of its limited availability, meaning that anyone on Vodafone with a 5G-ready phone will be able to access the faster data speeds. The hope is the increased speeds will open up new opportunities in areas such as gaming, virtual reality and augmented reality.

“The industry is crying out for a customer champion that is modern, forward-facing, representing innovation and bringing the best the world has to offer to the UK. We felt like Vodafone could be that brand and be the leader in 5G,” Vodafone’s consumer director Max Taylor tells Marketing Week.

“[This] is a real opportunity for us as a brand to re-engage with customers and set the standard for telco in the 5G era.”

We want to be far more innovative, optimistic and modern in our outlook.

A new campaign, under the strapline ‘Be Unlimited’, aims to communicate this brand ambition. Created in collaboration with WPP Team Red, it includes a TV ad that drops its recent ad star Martin Freeman in favour of an “upbeat” creative that shows a woman using her phone to watch films, speak with friends and listen to music all without having to rely on Wi-Fi.

The campaign will also appear in cinemas, including Cineworld’s Screen X 270-degree screens, and outdoor. Vodafone is making use of digital as well, including the first sponsorship of the ‘Discover Now’ feature on Spotify. The aim is to reach 98% of adults in the UK more than 15 times with a message that unlimited data can be used as an alternative to, for example, Wi-Fi hotspotting.

This will be the biggest campaign Vodafone has run for at least five years and will initially air for four months. It aims to be a rallying cry not just to consumers but to Vodafone’s staff as well.

“I noticed in joining [in January] the company we needed to really put our sales and service staff at the front of our thinking when it comes to the campaign because they are the ones living and breathing it, and dealing with customers,” says Taylor.

“We want the brand to have a refreshed confidence and optimism going into the 5G era. That is missing from a lot of advertising at he moment. Be Unlimited is a confident and positive expression of the brand. We are using it as a rallying cry internally to strive to do great things and innovate.”

It is also a bid by Vodafone to put customers “at the centre of everything we do”. That has not always been the case, with Vodafone struggling to compete with competitors on customer service, as evidenced by it being ranked the worst network by Which? for the eighth straight year.

“We want to be far more innovative, optimistic and modern in our outlook,” says Taylor.

He adds: “If you look back, this is actually a reconnection with the roots of Vodafone. It is the world’s second largest telco and tremendously successfully.

“But we need to make sure we are connecting with our customers in all our markets and showing that modern, innovative, customer-focused, optimistic expression, just like we did at the start when it was the first brand to have a phone call made over mobile. It’s that kind of connection and optimism around the future we are really bringing to life through our propositions and how we’ll go to market as a brand.”

With the campaign, Vodafone will be looking to increase consideration of the brand among both businesses and consumers, as well as measuring brand scores around metrics such as innovation.

“We want to improve [those brand metrics] and get back to the roots of Vodafone as this fantastic and innovative brand. We’ve got the proposition, with the campaign we really want to land those messages.” 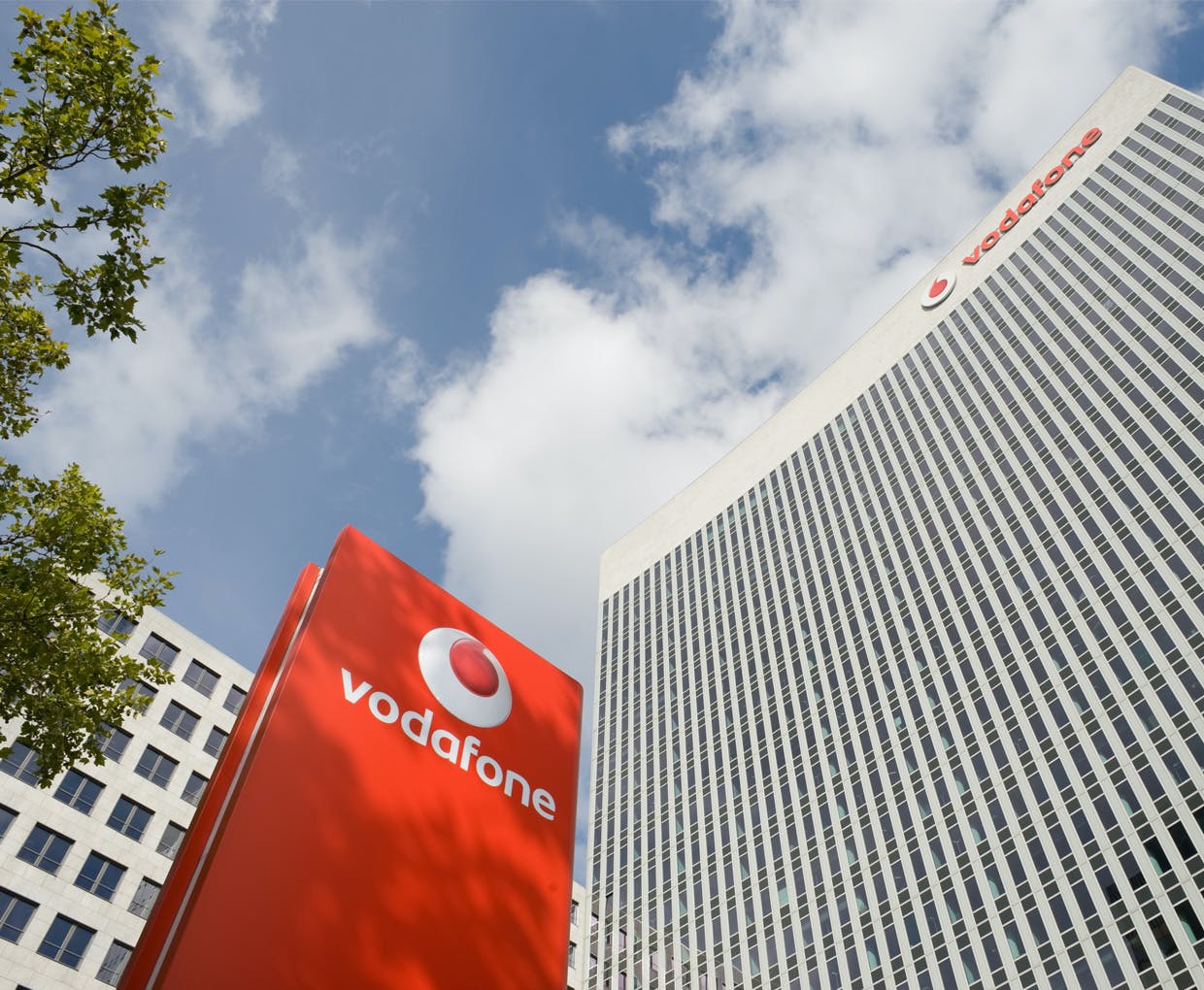 The move comes as the mobile operator reveals its 5G roll-out and tie-up with cloud gaming company Hatch as it hopes a focus on services will help it win in the battle for customers.

Vodafone’s CEO believes the European telecoms industry has not been fast enough, nimble enough, or listened to consumers enough to play the “pivotal” role it should be in building an “inclusive digital society”. 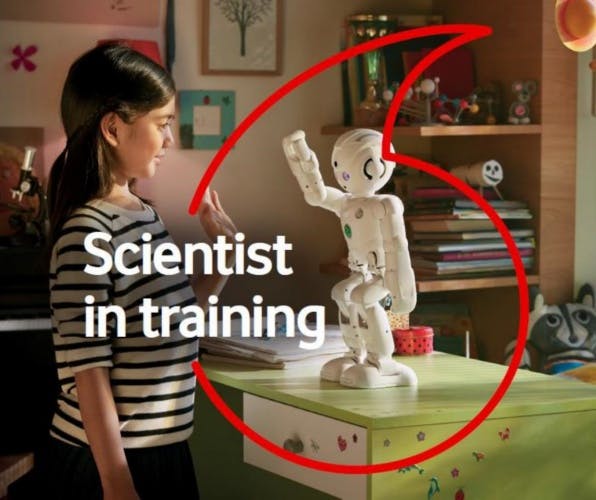