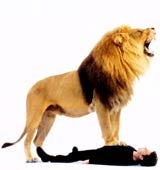 Vodafone has appointed the head of Coca-Cola Germany as its first global brand director, responsible for brand management of the Vodafone Group worldwide.

Haines, who works at Coca-Cola’s German headquarters in Essen, will be based in Dusseldorf. He will report to Thomas Geitner, Vodafone Group executive board director.

Vodafone has grown enormously over the past two years, having completed takeovers of German and US giants Mannesmann and AirTouch.

It is now the world’s largest mobile telecoms company, but has no cohesive worldwide branding and operates under different names in different markets. It has a host of global deals, such as the Manchester United sponsorship and Vizzavi – its Internet joint venture with French media group Vivendi. Haines has a challenging task ahead of him, according to industry sources.

Thomas Geitner presided over the appointment of McCann-Erickson as creative agency for a one-off brand advertising campaign, due to break in January.

A Vodafone spokesman refuses to rule out the consolidation of pan-European media buying after the appointment of Carat International to handle media planning for the brand project.

Vodafone has also appointed PepsiCo executive Robert Rees as marketing director for its Multimedia division – the unit in charge of wireless Internet developments such as third generation (3G) mobile services.

Rees has been given responsibility for building a Vodafone Multimedia team and overseeing its marketing. He was category director of Frito-Lay Europe, part of PepsiCo, and had previously worked for Mars.