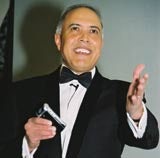 Brand advertising and sponsorship are not “sufficient” to build a brand, according to Vodafone chief executive Arun Sarin. Vodafone spends an estimated £250m globally on advertising and over £100m on sponsorship deals including Manchester United and Ferrari Formula One.

Sarin’s comments were made at the Marketing Society annual lecture this week. He talked about developing and advertising products in different ways for different segments of the market. “It’s not just about an advertising campaign. Ads are not sufficient. It’s about the hard work that a brand puts into giving a retail experience to its customers,” he said.

Sarin described mobile as a new medium for advertisers and predicted that, in the near future, phones could replace wallets, keys and credit cards. But he said that he is not a fan of advertising on mobiles at this stage, despite the introduction of third-generation technology, which makes it possible to stream ads to phones.

He added: “A brand is what a brand does. Our sponsorship deals are fantastic vehicles for us to get our name out there but just because Ferrari wins doesn’t mean Vodafone wins. We have to win by providing a great customer experience. That’s how you build a great brand.”

Vodafone has a multi-million pound deal with the England cricket team and sponsors the Epsom Derby. It also pays David Beckham to endorse its products and recently spent an estimated £15m on an advertising campaign to promote its recently launched 3G service.