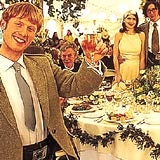 Vodafone has confirmed that it will start a review of its European media buying arrangements at the end of this month, following a decision on its European creative advertising review.

OMD UK plans and buys Vodafone’s &£41m media in the UK. The review will threaten its grip on the business, as the mobile phone company is looking to streamline its media buying – which is handled by several agencies across Europe – into one network.

The decision follows Vodafone’s review of its creative advertising across Europe as part of the company’s plan to raise its profile (MW last week).

Vodafone has seen presentations from BMP DDB, WPP-owned Ogilvy &amp; Mather and McCann-Erickson and the pitch is being overseen by Vodafone Group head of European product development Thomas Geitner.

OMD, which is owned by the Omnicom network, is likely to pitch against Universal McCann and WPP’s MindShare for the business, which could be worth more than &£100m.

OMD has handled some aspects of the business since 1996, and picked up the centralised UK business a year later.

The successful agency will eventually hold the business on a worldwide basis.