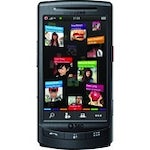 The mobile phone network faced a barrage of customer complaints after a software update for HTC Desire handsets automatically installed Vodafone 360 branded applications that could not be removed.

Customers were expecting the software update to be the latest update of the Google Android platform.

A Vodafone spokesperson says that following feedback from customers over the 360 Android 2.1 update it has “listened and adapted its approach”.

The network operator has now said that it will offer its Vodafone 360 app service as an optional download.

It will offer the Google Android update separately, and the new update will remove the 360 applications allowing customers to choose to download them.

Customers will be able to download the software in the next seven to 10 days.

Last month Vodafone announced it would not be launching further Vodafone 360-branded handsets in a plan to widen access to its app service to Vodafone customers on non-Vodafone branded handsets.