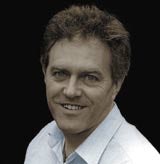 The Interactive Advertising Bureau (IAB) has appointed Vodafone head of advertising Guy Phillipson as chief executive. He takes over from Danny Meadows-Klue, who announced his resignation in November (MW November 18, 2004).

Unlike Meadows-Klue, Phillipson will work full-time.

It is understood that some members of the IAB council – made up of representatives of the UK’s online publishers and portal operators, including MSN, AOL and Yahoo! – have voiced concerns that the body spreads its efforts across too many research-based projects, and one of Phillipson’s first tasks will be to identify a smaller number of core areas to focus on.

An IAB insider says: “Phillipson comes from a sales and marketing background on the customer side so he’ll be talking to clients in advertisers’ language. Future growth for interactive advertising is all about engaging the clients: agencies know how effective online advertising can be, but clients in general still don’t.”Phillipson has been Vodafone’s head of advertising since July 1999, and was responsible for an annual budget of &£60m. He has overseen a number of high-profile marketing campaigns for the mobile phone giant, including the launch of Vodafone Live! with television advertising featuring David Beckham. The service recruited 1.2 million customers in its first year.

Phillipson is a member of the executive council of the Incorporated Society of British Advertisers and for three years chaired its Radio Advertising Committee. He was recently voted a fellow of the Radio Advertising Bureau.