In its results, posted today, Vittorio Colao, chief executive, says: “The specific responsibilities of group technology, group marketing and our local operating companies have been simplified, eliminating overlapping areas and coordination activities. We are also shifting progressively into incentive schemes which emphasise reward for competitive performance and cash generation.”

The company says it made an adjusted operating profit of £11.9bn, though service revenues declined worldwide in the last quarter.

Vodafone’s current marketing is hoping to boost its brand credentials and attract younger consumers in the underperforming UK market, under its new global positioning “Power to you”.

The type of mockery marketing that has been pinging between the political parties does seems to be winning favour in the commercial world (The super spoof weapon, MW 6 May). 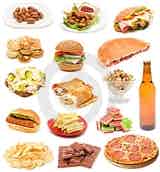 A group of over 100 diabetes experts have called on the Government to introduce a law banning all forms of “unhealthy food” adverts targeting children.