The ad was investigated after a complaint by Vodafone’s competitor Three, which challenged whether claims of being unbeatable at connecting calls and keeping them connected were misleading and could be substantiated.

Both claims were investigated and upheld by the ASA.

The campaign, which was shown in the form of an internet banner and national press advert, stated that the brand was “unbeatable at connecting your calls and at keeping your calls connected”.

Vodafone denied that the ads implied a superiority claim and explained that the statements were based on their own performance data as well as that of Three, O2 and EE.

The data had been collected in November 2013 and April 2014 by an independent third party across 26 towns and cities in the UK, which then compared Vodafone’s performance against three competitors.

Vodafone said the methodology adhered to the standards set by the European Telecommunications Standards Institute.

While the brand acknowledged that research on network performance varies and that different methodologies could produce different results, it said that until a common industry approach was used, each mobile operator would rely on research that better reflected its network capabilities and that its claims were not misleading.

However the ASA said the ads would lead consumers to interpret the brand’s claims as Vodafone being as good as other mobile operators in respect to call performance.

As a result, the brand would need to provide strong evidence to support the claims.

While acknowledging that Vodafone had taken a robust approach to its testing, the ASA had concerns about whether the 26 cities and towns from which the sample had been collected represented Vodafone’s true coverage of the UK and therefore its call performance.

As a result, the ads were deemed misleading and exaggerated because they couldn’t be properly substantiated.

The ads cannot appear again in their current form. Vodafone was told not to imply they performed as well as other mobile network operators on call connection and dropped calls performance across the UK unless they held suitable substantiation.

Responding to the ruling, a Vodafone spokesperson told Marketing Week: “We note the ASA ruling, which relates to advertising that has not run been this year.“ 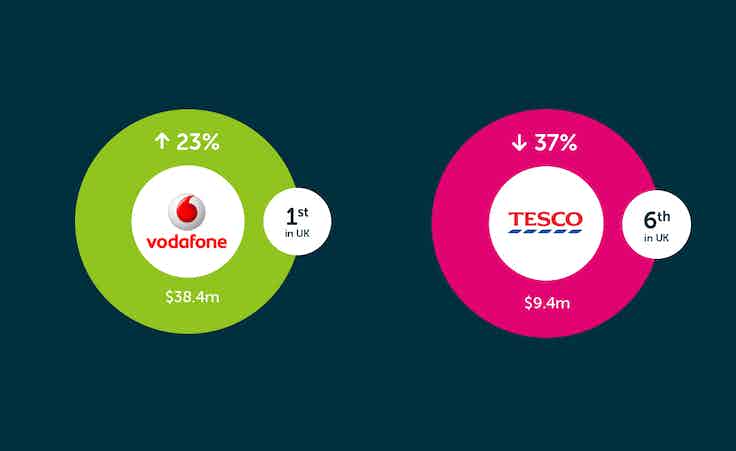